What to Do If You&#x27;ve Lost Your Natural Eyelashes From Chemotherapy

This story is part of Survivor's Guide, a series on navigating the impact of breast cancer through beauty and self-care.

We've all seen the clichéd movie or television version of the chemotherapy experience. There's often a highly emotional scene of the protagonist shaving their head because they know they're about to lose their hair, and it's usually the turning point of the whole plot. But something the actors and screenplay writers often gloss over in these depictions is the loss of eyelashes a chemotherapy patient might experience. Take it from Codilia Gapare, the inventor of Eylure London C-Lash by Codilia Gapare, who was diagnosed with breast cancer in 2014.

"I had mentally prepared myself for my hair to go… but my lashes were just like teeth in my mouth. I took for granted that they were there," she told Allure. "When they started falling out, I was so surprised because I didn't expect them to fall out. Nobody had told me. I wasn't mentally prepared for losing my lashes."

Though eyelash loss isn't as visually obvious as the loss of hair on the head, it can still be emotionally harrowing. "There is an important link between hair and identity; after someone loses their lashes and brows, they may see someone in the mirror that looks nothing like their pre-cancer self," explains Marleen Meyers, a board-certified medical oncologist in New York City. "The definition of the eyes is closely tied to expression and emotion. This loss can lead to anxiety and depression and can affect a person's sense of self and identity."

Not to mention the fact that humans physically need eyelashes for several reasons. "They serve as a physical barrier to protect the eyes from moisture and airborne debris," explains Ilyse Haberman, a board-certified ophthalmologist in New York City. "They are sensitive to the touch, so that the eye closes when something comes near to protect the surface. They also filter out a degree of light entering the eye."

The fact that there aren't many falsies out there that are made with eyelash loss and chemotherapy in mind can make this experience even more difficult. We asked the experts what lashes, treatments, or procedures are the safest and easiest to use — below, learn about the best eyelash options for chemotherapy patients.

While the traditional false eyelashes on a strip that need to be glued on aren't completely bad for patients who've lost their eyelashes — Meyers explains that they're not very popular among them for a few key reasons. "Chemotherapy frequently causes dryness or increased tearing of the eyes; in these situations, wearing false eyelashes can be very irritating or uncomfortable," she says. "People may have allergic reactions to the glue or even get infections."

Glue-on strip lashes also require lots of practice, time, and effort. If you want to wear them, Meyers urges you to check in with your doctor first about the option of using falsies. If your doctor approves the usage, Meyers recommends testing the glue on your arm before using it near your eyes to make sure you don’t get an allergic reaction.

"There are no particular lashes to avoid, but I would select ones that are lightweight and make sure they are clean and dry before using," Meyers advises. Here are a few great examples: Ardell's Natural #110, Mini Me Effortless No-Trim lashes by Velour Lashes, and Kiss Lash Couture Faux Mink Little Black Dress lashes. 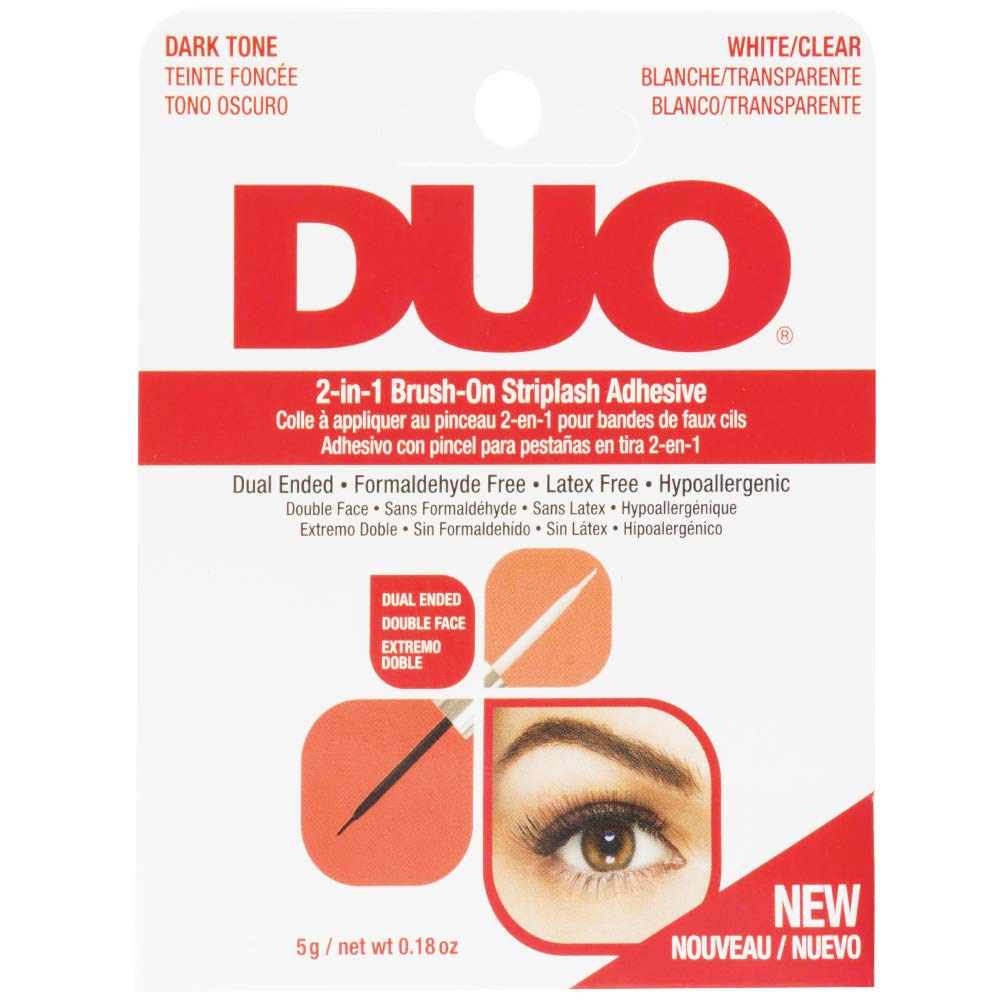 The glue you use might be even more important that the lashes themselves. "Look for hypoallergenic glue," Meyers says. Ardell's Duo 2-in-1 Brush-On Striplash Adhesive is hypoallergenic, plus it has a slim application brush that gives you total control over glue placement — because you don't want this stuff going anywhere it's not supposed to.

"It is safe to use the glue strips as long as you are careful that no glue goes into the eye," Haberman says. "However, if you haven't used them before, I would test the glue on your skin in another area of the body to make sure you are not allergic to it.

If you experience any kind of irritation during or after application, Meyers says to remove the lashes immediately. Be sure to wash the area, too, especially if any remnants of lash glue remain.

Unfortunately, there aren't many falsies, lash treatments, or procedures yet that are made with chemotherapy patients in mind. That's why Gapare and Eylure London partnered to create C-Lashes, the first-ever falsies of their kind, which are designed specifically to be worn by people who don't have natural lashes. C-Lashes come in three different styles — Volume, Lengthening, and Natural — the lashes on which come attached to a thick and transparent self-adhesive base.

"Normal strip lashes depend on your lashes as a ledge to rest on…  If you don't have anything on that ledge, they tend to droop unless you use really, really strong glue," Gapare previously explained to Allure. "The difference with C-Lash is it's got a band that is much thicker, so the frame that is stuck on your eyelid is offsetting the weight of the lash, so it then stays in place." 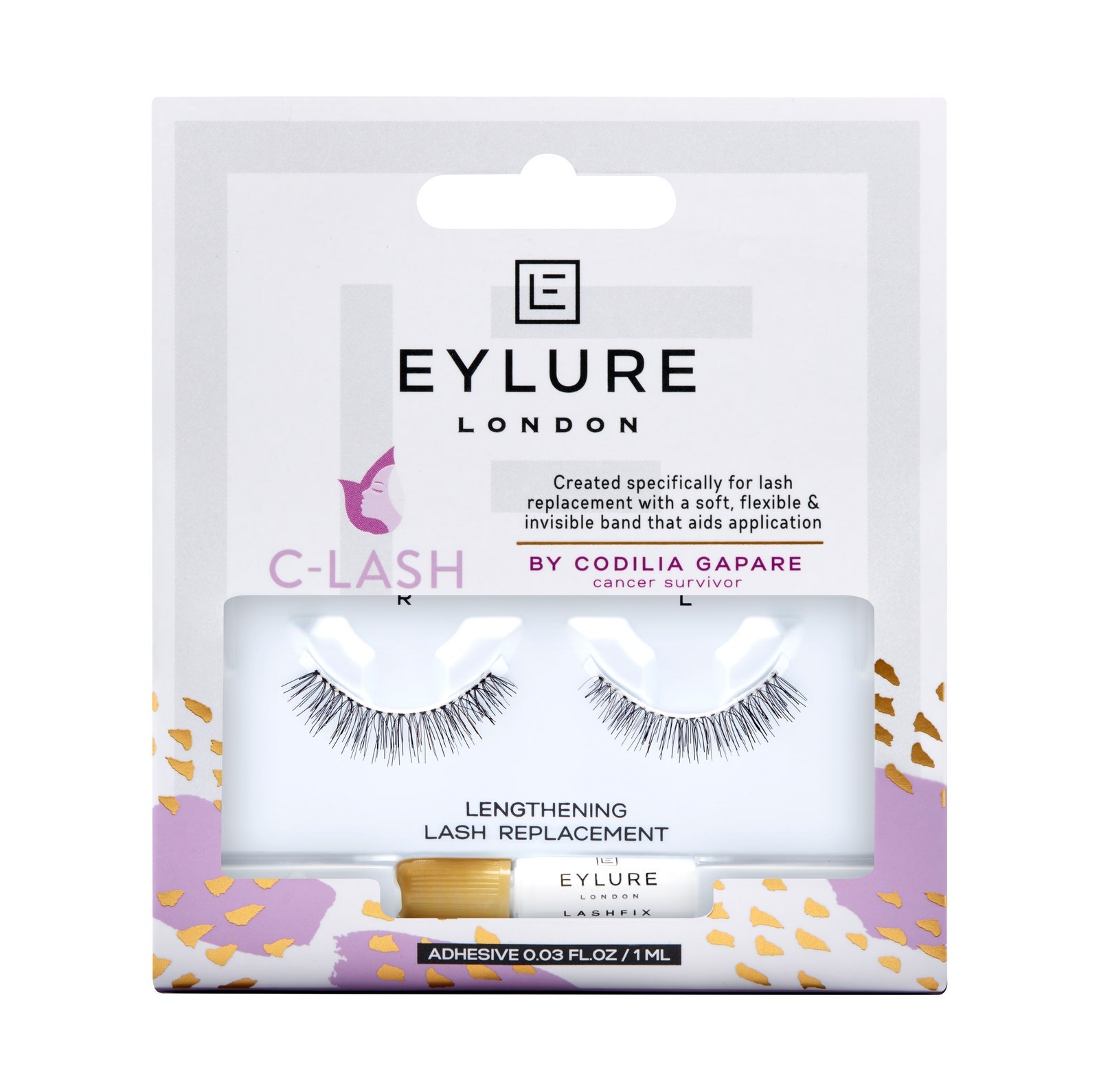 Applying C-Lashes is arguably quicker and easier than traditional glue-on falsies. Simply peel off the base's sticky backing, line them up with the very end of your lash line, and stick 'em right there. Each set comes with an additional tube of adhesive, so you can get a few wears out of them before you need to throw them away.

When the eyelashes begin to grow back, it might be very tempting to emphasize them by any means possible. But, as Meyers and Haberman point out, taking it easy on your natural lashes is best because they're likely much more sensitive than before.

"Extensions are not often used [on chemotherapy patients] since remaining eyelashes may be more fragile and breakable," Meyers explains. "Putting extensions on can encourage more loss.” Haberman elaborates that "lash extensions can cause traction alopecia of the lashes — the loss of lashes due to the heaviness of the extensions — or breakage of the remaining hairs."

Bonded falsies that give the appearance of extensions — like Lashify's individual wisps that are meant to be applied underneath the natural lashes along the waterline — also pose issues. "In general, I would not attach anything to the waterline itself," Haberman explains. "The waterline is actually where your Meibomian glands are, which secrete oil onto the surface of the eye and are an essential part of the tear film." 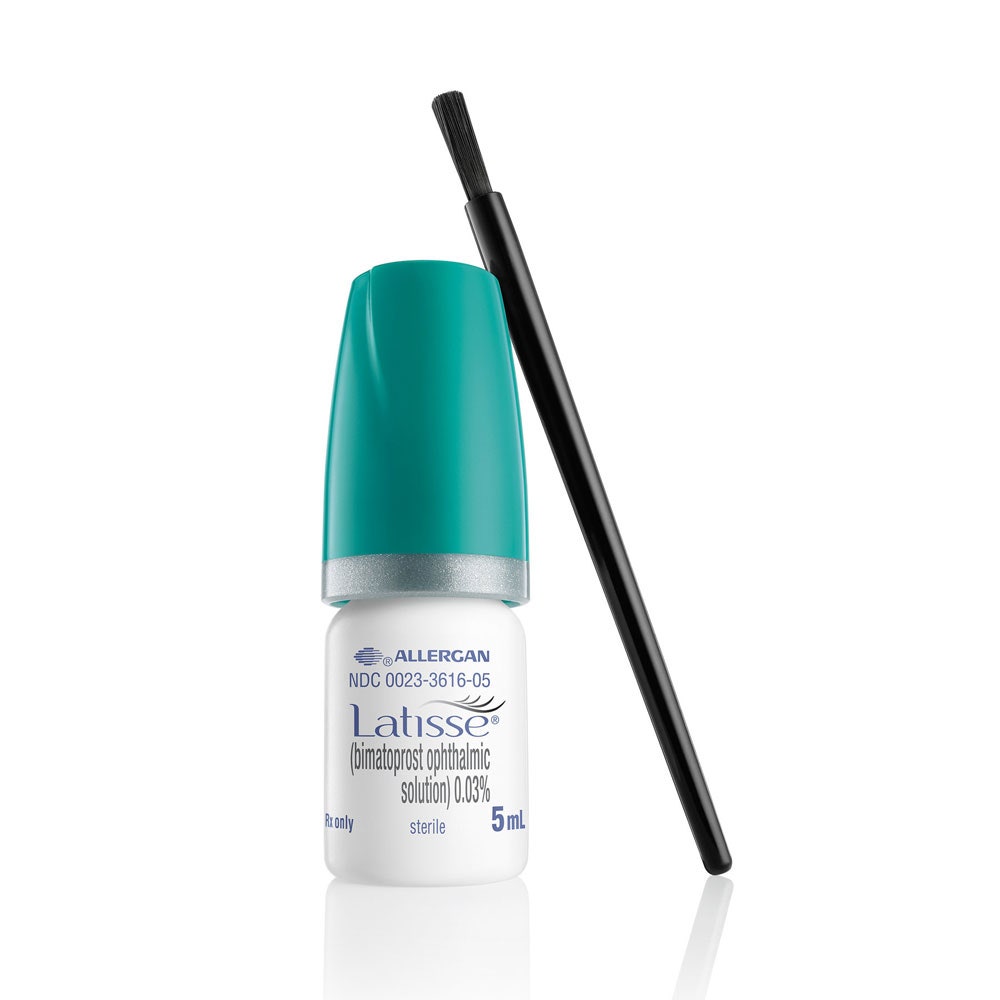 Even putting on mascara can be risky during treatment — but not necessarily because it can cause lash breakage. "An open tube of mascara could be carrying bacteria," Meyers says.

As an alternative, if there are some remaining hairs or the lashes are starting to grow back, Haberman recommends applying Latisse (which you'll need a prescription for) to stimulate growth and thickening of the hairs over time. "It is important to only apply it to the hairs though, as application to the lash line itself could cause hyperpigmentation of the skin," she warns.

Even without natural eyelashes, you can still define and draw attention to your eyes with eye shadows and eyeliners, as Meyers points out. Just be sure to stay away from the waterline, and test those products on your arm, too, to make sure they don't cause a reaction.

Having difficult conversations with your doctor before, during, and after treatment about what hair is likely to fall out, when it's likely to fall out, and what the regrowth process could entail can also help patients emotionally process the experience. But if Meyers has one piece of advice overall, it's to stay strong during the process.

“It is important to manage patients' expectations and to stress that hair loss does not mean loss of beauty or identity,” she says. "I always stress the fact that hair loss is not permanent and will grow back but acknowledge that this may be a very difficult and emotional time."

There's no denying that losing your natural eyelashes is difficult — physically, mentally, and emotionally — but thankfully, there are alternatives out there. And what's more: that pool of options will only continue to grow from here. And as it does, whole new worlds can open to up patients.

"Something as 'small' as getting your lashes back can make a huge difference," Gapare previously told Allure. "It is the difference between staying in, feeling alone, and going out with your mates because you feel and look fly."