Some people have such a distinguishable image that you can just look at them and know exactly what kind of scents they like to wear —  at least, that's the vibe I get while talking to Billie Eilish during a brief chat over Zoom on October 8. We're meeting to discuss her first-ever beauty product, a fragrance aptly named Eilish, which hits digital shelves in November. A combination of sweet, musky, fruity, and woodsy notes, the debut scent is a direct reflection of the singer's music and personality: mysterious, sensual, and a little bit melancholy (but, you know, in a cool way).

Straight out of the bottle, Eilish hits you with an intense wave of sugary vanilla that calms down once settled into the skin. That overwhelming sweetness quickly transforms into something indescribably intoxicating as soft tonka bean, cocoa, musk, and berries make their way to the surface. The best way I could describe it is the kind of fragrance you'd wear underneath the coziest cashmere sweater while staring out the window of a dimly lit coffee shop on a rainy evening. Or like sleeping in late on creamy silk sheets. Or a sexy marshmallow — the exact kind of scent I had anticipated from Eilish.

The fragrance, the singer says, is purely a creation of her own necessity because she desperately wanted to wear something that didn't exist… yet. "I had the idea [to create a fragrance] million years ago. I've always wanted to do this," Eilish tells Allure. "I was chasing this one scent that I had in my head of vanilla, amber, musk, cocoa, rose, and wood."

This olfactory idea was just as much about the feeling it could evoke as it was how it actually smells. Inspired by human bodies, Eilish aims to create a sense of intimacy between the person wearing it and everyone who can smell it on them. "I've always been infatuated by necks and collarbones and back muscles and shoulders and armpits. I've always thought they were really beautiful," she elaborates. "I wanted to accentuate that beauty without making it about [sexualizing bodies]." 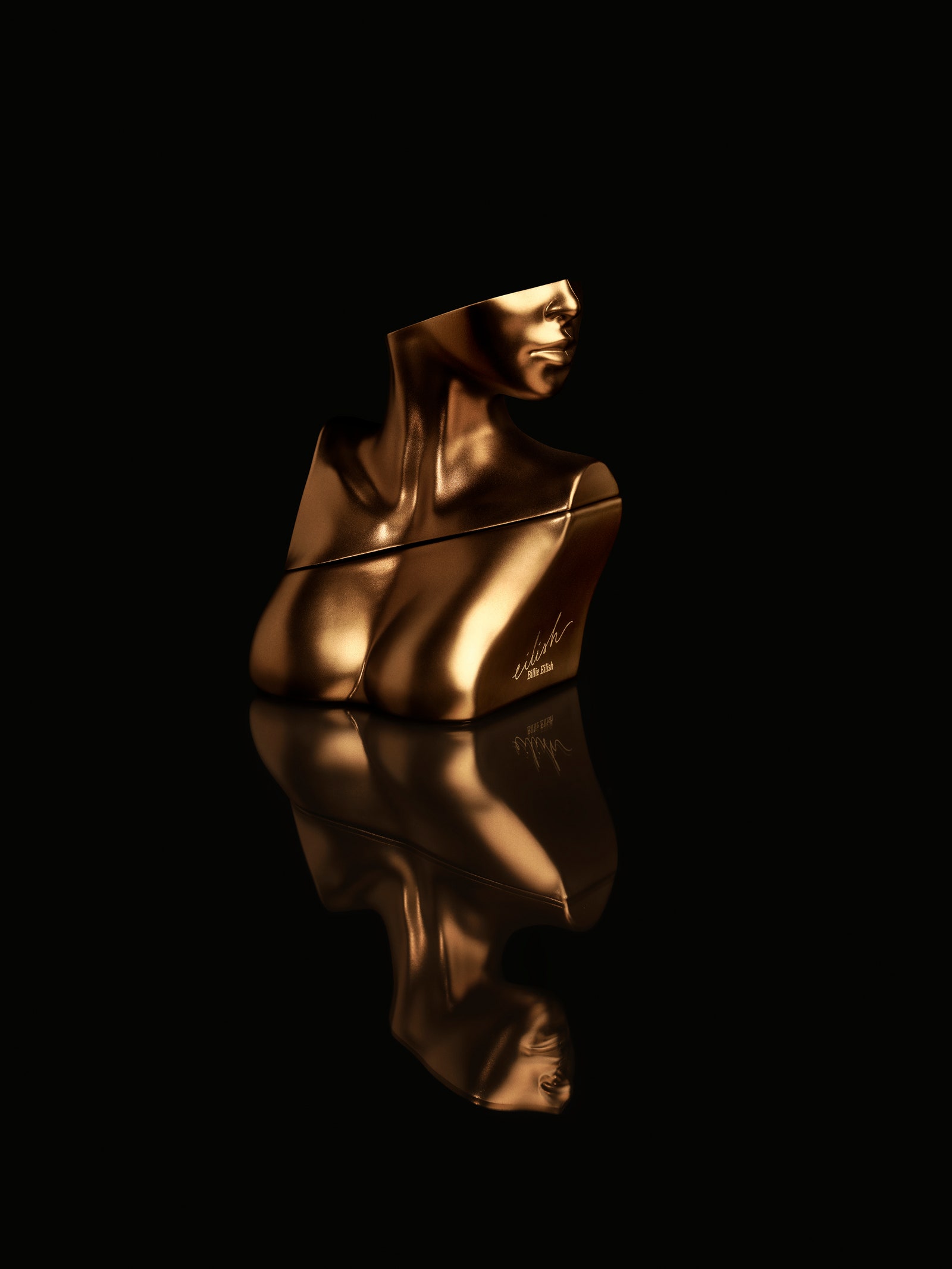 In Eilish's own words, "It's not really supposed to be physically sexy. It's almost supposed to be mentally sexy." She approached a plethora of perfumers to help her nail down that vibe, she adds, but nothing turned out the way she'd imagined until 2020 when she crossed paths with fragrance development company Parlux, which has helped develop fragrances for Paris Hilton and Sofia Vergara among other celebrities and fashion designers.

The pairing was kismet; Parlux's team nailed Eilish's vision on the first try, to her extreme delight. "I described in detail what it is that I wanted, what I loved idea-wise about it, how I wanted it to feel, the kind of warmth that I wanted it to have, and the memories that I have in the vanilla world," Eilish recalls. "When they first sent me the sample to smell, I almost cried because it was so perfect. It was wild."

Eilish's hyper-specific wishes for her first-ever scent don't end at formulation, of course — the bottle it comes in ties it all together. Shrouded in metallic gold, Eilish's bottle is basically a miniature bust sculpture, depicting an anonymous person from the breast-up with their head turned to one side. The very top of the bottle cap has a diagonal slant, cutting off the head right above the nose. Most of the detail sits in the neck and clavicle, where you can see the hills and valleys of tendons. Much like the fragrance itself, it's an ode to being human and feeling an intimate connection with your own body (or someone else's).

And, at the end of the day, that was all that Eilish wanted. "[I want it to be] personal and relatable and intimate," she concludes. "I just want everybody to be able to see themselves in this bottle and see whoever they wanted to see in the bottle."

Eilish retails for $68 for 3.4 fluid ounces and will be available on billieeilishfragrances.com beginning this November.