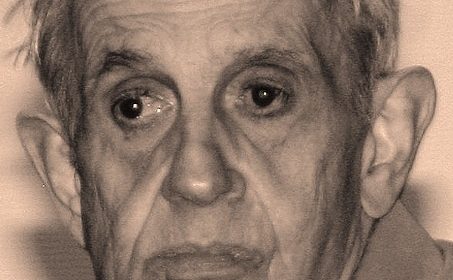 There is currently no known cure for schizophrenia and a full recovery from schizophrenia is unusual, with only approximately 15% returning to previous functioning capabilities. However, most individuals with the condition are able to live a meaningful and satisfying life, in the presence or absence of symptoms.

For most patients, the symptoms tend to change over time and the impact they have on the life and daily activities of each individual may vary significantly. In general, women patients are more likely than men to maintain improvement of symptoms.

Patients with schizophrenia are subjected to a slightly higher rate of mortality, which is 1.6 times higher than that of the general population. This is primarily linked to increased risk of cardiovascular disease, respiratory disease and cancer.

Suicide also plays a major role and suicide by patients with schizophrenia are nine times more likely than people that are not affected by the condition. The lifetime risk of suicide for patients is 5%.

Treatments are available that can help to reduce the symptoms of schizophrenia and decrease the number and duration of psychotic episodes. These are able to help most patients to live productive and satisfying lives.

Management of schizophrenia includes a combination of pharmaceutical treatment and counseling. Adequate control of the disorder with these methods has led to the majority of patients improving symptoms to be able to function independently, ten years following diagnosis. Some patients continue to require a strong support network, however, and approximately 15% remain in a hospitalized environment.

There are some particular factors that are associated with a poorer prognosis. These include:

The prevalence of substance misuse among individuals with schizophrenia is much higher than the general population, with 36% of patients reporting a problem. Patients the use recreational drugs or smoke cigarettes have a poorer prognosis due to the effect of these substances on brain pathways and mental function.

There are some particular factors that are associated with a better prognosis. These include:

Many patients with schizophrenia, particularly those with an insufficient support system, have difficulty coping in society and securing employment. For this reason, they often need to deal with the burden of poverty in addition to the medical symptoms. This can subsequently lead to limited medical care access and poor control of the disease.

It is essential that schizophrenic patients be offered adequate support and counseling to help them to integrate into society. With the appropriate management, most patients can improve significantly and many can become entirely independent when they have learned how to manage their symptoms.

Susan holds a Ph.D in cell and molecular biology from Dartmouth College in the United States and is also a certified editor in the life sciences (ELS). She worked in a diabetes research lab for many years before becoming a medical and scientific writer. Susan loves to write about all aspects of science and medicine but is particularly passionate about sharing advances in cancer therapies. Outside of work, Susan enjoys reading, spending time at the lake, and watching her sons play sports.