Mindfulness makes it easier to forget your fears 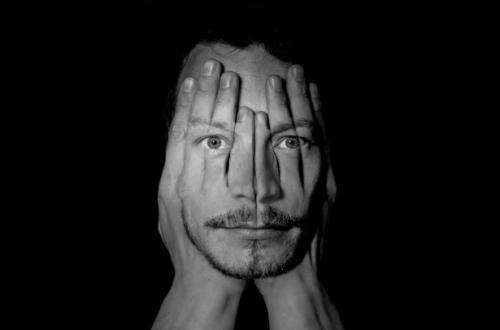 Mindfulness has previously been shown to help people handle negative emotions and is used as a treatment for anxiety related psychological disorders, but the underlying biological mechanisms are not fully understood. In a new study, published in Scientific Reports, researchers at University of Southern Denmark, among other universities, show that brief daily mindfulness training delivered through the HEADSPACE mindfulness app makes it easier to achieve lasting extinction of fear reactions.

Mindfulness has been shown to reduce negative emotions in both healthy individuals as well as patients with psychological problems. Studies have also shown that mindfulness is effective for treating clinical emotional problems like anxiety, depression, stress and trauma related disorders. The biological mechanisms that underlie these positive effects on emotional functioning are not sufficiently understood but brain imaging studies have shown that mindfulness training is associated with changes in regions of the brain previously known to be involved in extinction learning, making extinction a likely candidate. However, an actual effect of mindfulness training on extinction learning has never been demonstrated.

In this study, healthy subjects were randomly assigned to receive either 4 weeks of daily mindfulness training delivered through the Headspace mindfulness app, or were assigned to a wait list control condition. Subsequently, the participants underwent psychological experiments on two consecutive days in which conditioned fear reactions were established on day 1 and then immediately extinguished.

On day 2, the subjects returned and the lasting effects of extinction were evaluated.

Conditioned fear reactions were established by showing the participants neutral images on a computer screen and then some of the images were directly followed by an uncomfortable electric shock to the hand.

After a number of such pairings, the subjects showed elevated autonomic arousal responses just when viewing the pictures, demonstrating that conditioned fear reactions had been learnt.

Fear reactions were measured using skin conductance, an index for how much the subject is sweating, which is a corollary for the fight-or-flight response in humans.

Then, the researchers extinguished these reactions by repeatedly showing the images again but this time omitting the shocks.

In this way, the participants learnt that the images that previously signaled an upcoming uncomfortable shock no longer did so, and consequently subjects showed a substantial decrease in autonomic arousal when viewing the images.

After 24 hours, in order to test the retention of extinction learning, the participants returned to the lab, were hooked up to the shock apparatus and again shown the images they had viewed on the previous day, although no shocks were delivered.

This was the critical test of the study since extinction learning is normally unstable, and fear reactions typically return after a delay even when the subject has gone through successful extinction. In line with the researchers’ hypotheses, the group that had been doing mindfulness training now showed lower fear reactions compared to the control group.

When comparing the groups reactions during conditioning and extinction on day 1, no differences could be observed, showing that the two groups learned and extinguished the conditioned fear reactions to a similar extent, and the authors conclude that mindfulness appears to have a specific effect on extinction retention.

According to the study’s first author Johannes Björkstrand, the findings are interesting for a number of reasons. “We can show that mindfulness does not only have an effect on subjective experiences of negative emotions, as has been shown previously, but that you can actually see clear effects on autonomic arousal responses, even with a limited amount of training. It is also interesting that the intervention appears to have a specific effect on extinction retention, which is in line with previous brain imaging studies on mindfulness, and also has some implications for how these types of interventions could be used to treat anxiety related problems in a clinical context.”

Anxiety and trauma related disorders are often treated using exposure therapy, a psychological treatment that is based on extinction learning, but not everyone responds to these treatments. One possible explanation is that individuals with these disorders have been shown to have difficulties in forming lasting extinction memories when compared to healthy individuals, which could represent an underlying vulnerability that increases the risk of developing these types of problems to begin with and constitutes an impediment to successful treatment.

“Our results suggest, that if you combine mindfulness training with exposure therapy, maybe you can achieve larger and longer lasting treatment effects. In this way you could get at an underlying vulnerability factor and more people would respond to these treatments, but studies in clinical populations and actual treatment studies are needed before we can draw any firm conclusions in this matter,” says Johannes Björkstrand.

The researchers now want to move forward and investigate the underlying neurobiological mechanisms that are involved.