‘Lonely in a crowd’ can reduce brain function 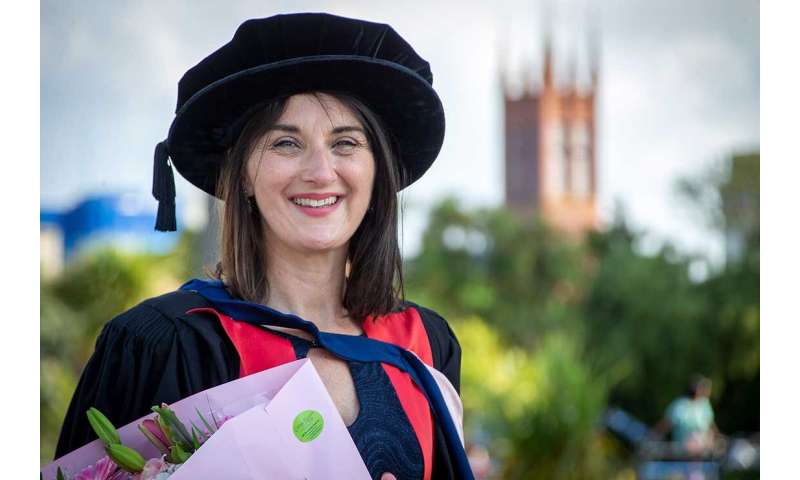 Being lonely in a crowd is worse for cognitive function than being lonely and alone, according to new research by clinical psychology graduate Dr. Catherine Whitehouse.

And emotional loneliness is actually a bigger risk factor than depression, heart disease, diabetes and stroke for cognitive decline, she found.

Dr. Whitehouse, who graduated with Doctor of Clinical Psychology from Massey University last month, investigated whether emotional loneliness, social loneliness and social isolation affected cognitive performance among older people. Her analyses showed that emotional loneliness had a detrimental impact on cognition. She also found that older adults who were emotionally lonely but not socially isolated had poorer cognition than those who were lonely and socially isolated.

Her research explores the importance for mental and physical health of having strong, close emotional bonds, not just being in the same room with people, in later life. This resonates with evidence that “many key health outcomes associated with social isolation and loneliness such as diabetes, high blood pressure, heart disease and depression have also been reported as risk factors for cognitive decline,” she writes.

Social connections create behavioral and psychological benefits that can offset cognitive decline, such as encouraging healthier lifestyles, and the mood-enhancing, stress-reducing impact of socializing, her research found. But the discrepancy is that for some, group conviviality does not meet the need for one-on-one intimacy—instead it highlights the absence of a soulmate and intensifies loneliness.

Her research addresses concerns for the health of the growing proportion of older people in the population and the quest to better understand their needs. “Modern life in developed countries has increased the likelihood of older adults becoming socially isolated or lonely,” she says.

Differences between social and emotional loneliness

Critical to her study is an understanding of the nuances of social and emotional loneliness and how they differ, as well as the role of social isolation and the impact on cognitive function, which includes memory, fluency, language and visuospatial ability.

Older adults facing major life changes, such as the death of a spouse, a decline in physical health and strength, less independence, or having to move away from established friends and support networks, can access support and forge a social life. And while they may be not perceived as socially isolated or socially lonely by others, they may feel an acute absence of close, intimate and meaningful relationships, despite being surrounded by friends, family and social acquaintances.

“Older adults may not be aware they are lonely or do not want to admit to feelings of loneliness. It is an inexact science in terms of defining and measuring,” Dr. Whitehouse says.

All by myself, or together alone?

Although there is no universally agreed-upon definition of the loneliness—it is subjective, a matter of perception—descriptions include subjective feelings of aloneness, separation, feeling distant from others, loss or abandonment. “Loneliness can be an outcome of social isolation, but it is not inevitable, as an individual may enjoy their own company and not feel separated from others or experience the pain and emptiness of feeling lonely. For others aloneness is a pathway to loneliness,” she says.

Individuals differ to the extent in which they experience loneliness, and this may reflect different levels of susceptibility to loneliness. “What is apparent, regardless of conflicting definitions of successful aging, is that cognitive ability and social relationships for the older adults are key determinants of successful aging,” she concludes.

Data from the New Zealand Longitudinal Study of Ageing (2010 and 2012) – one of a range of studies led by the Health in Ageing Research Team (HART) based at Massey’s School of Psychology—was used for analysis for her thesis, titled: The Impact of Social Relationships on Cognitive Performance in the Older Adult: Emotional Loneliness is Detrimental to Cognitive Performance.

Dr. Whitehouse became interested in the issue after a career change from being a chartered accountant to working with older people as Director of Manchester House Social Services in Feilding. This interest led to her thesis and she continues as a therapist both privately and through Massey’s Psychology Clinic at the Manawatū campus, which receives self-referrals, and referrals from local GPs and the MidCentral District Health Board.