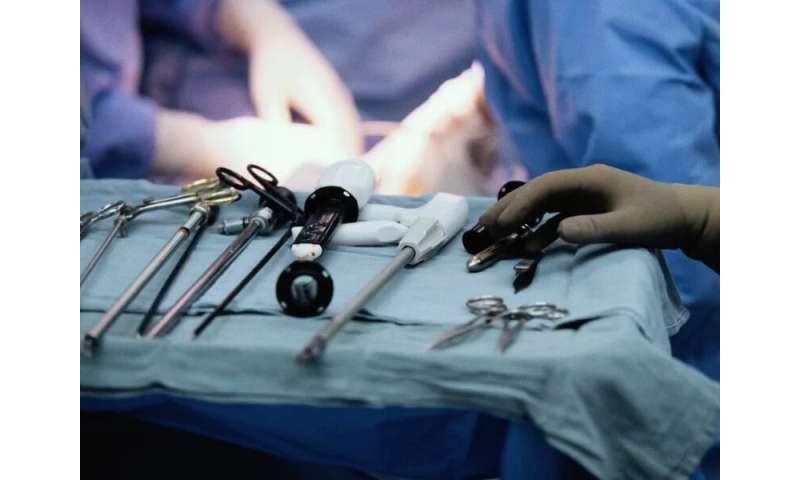 (HealthDay)—A pricey high-tech pump that maintains blood flow during heart procedures could be more dangerous to patients than its low-tech predecessor, a pair of new studies finds.

The Impella device is associated with an increased risk of death, bleeding and stroke among patients undergoing angioplasty to re-open clogged arteries, two separate research teams concluded in presentations Sunday at the American Heart Association’s annual meeting in Philadelphia.

Using the device also jacks up costs, adding about $15,000 to the average hospital price tag, the researchers report.

“The associated clinical outcomes did not show any substantial improvement, while costs of hospitalization rose,” said Dr. Amit Amin, lead researcher for one of the two teams and an assistant professor at the Washington University School of Medicine in St. Louis.

Doctors might want to be more judicious using the Impella until further research clears up these concerns, said Dr. Ranya Sweis, a cardiologist with Northwestern University Feinberg School of Medicine who commented on the two studies.

But the device’s manufacturer, Abiomed, countered that Impella’s safety has been proven by repeated clinical trials, both those required for FDA approval as well as post-approval follow-up trials.

Sometimes patients undergoing angioplasty have a weak heart and need mechanical support to maintain blood flow to the rest of their bodies.

Prior to Impella’s FDA approval in 2008, doctors relied on a tiny balloon placed inside the aorta, one of the large arteries leading out of the heart. The balloon keeps blood flowing by inflating and deflating in concert with a person’s heartbeat.

The Impella device works by running a small tube up through blood vessels and into the heart itself. The tiny pump—the world’s smallest, according to manufacturer Abiomed—draws blood from inside the heart and pushes it out into the aorta.

Impella has become a widely utilized option in angioplasty, and is now used in about a third of patients who need blood flow support during the procedure, Amin’s research team reported.

But the two new studies noted some troubling trends with Impella.

One team focused on angioplasty patients who were suffering from cardiogenic shock, a condition in which the heart suddenly can’t pump enough blood to meet the body’s needs. In those cases, blood flow support is needed to keep the patient alive while clogged arteries are reopened.

About 10% of heart attack patients have cardiogenic shock, said the leader of that research team, Dr. Sanket Dhruva, an assistant clinical professor of cardiology at the University of California, San Francisco School of Medicine.

About 45% of those patients died during procedures that involved Impella, compared with 34% of patients whose blood flow was supported by an intra-aortic balloon, Dhruva said.

Cause and effect unclear

Amin’s team had similar findings, reporting that Impella increased risk of death by 24% and risk of stroke by 34% compared with the intra-aortic balloon.

Amin and his colleagues investigated the cost and effectiveness of Impella versus the intra-aortic balloon by analyzing health data on more than 48,000 patient who underwent angioplasty with mechanical blood flow support at 432 hospitals between 2004 and 2016.

Researchers warned that these results were not from clinical trials and therefore could have been influenced by other factors.

“Sometimes sicker patients are used for therapies like the Impella,” Amin said. “Whether this is a confounding affect or not is very hard to suss out.”

Not time for a recall

Sweis agreed that the results presented Sunday aren’t strong enough to call for Impella’s removal from the market, given all the conflicting data.

“It would be premature to say Impella’s done, because there’s no good explanation for why the device in and of itself should increase mortality,” Sweis said.

What’s needed is more clinical trial data regarding the device and how it compares to the balloon pump, Sweis said.

American College of Cardiology past president Dr. Spencer King said these studies should lead to further research that helps doctors use the Impella device in ways most beneficial to patients.

“These kind of observations are very important to raise questions, to raise the hypothesis that we’re not using these things at the right time or in the right patients,” said King, an interventional cardiologist who said he’s had mainly good experiences with Impella.