The labia minora are the small folds of thin and delicate skin that lie on each side of the actual vaginal introitus. They are about 0.4 to 6.4 cm in length, and about 2 cm wide, on average. It is important to note that the actual range is much wider, with normal variants being anywhere from 1.2 to 10 cm in length and 0.7 to 5 cm in width. 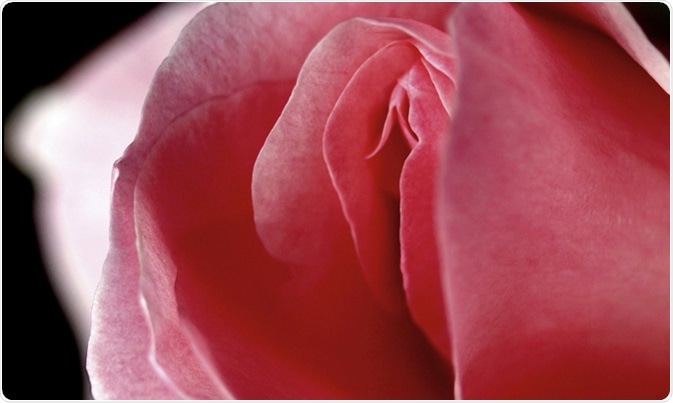 Interestingly, the two labia of the same woman are very often of different lengths. This shows that significant variations in labial size from one side to the other, as well as between different women, is perfectly normal and should never be interpreted as hypertrophy or abnormal in any way.

The clitoris is also between 0.2 to 3.5 cm long, and up to 1 cm wide. Contrary to popular thought, a larger clitoris is associated with greater enjoyment and a higher chance of experiencing sexual climax. It would seem to be counterproductive to reduce the size of this organ to enhance sexual pleasure, or indeed for any purely aesthetic reason!

Expectations Regarding Labial and Clitoral Length

Labial length and other aspects of labial anatomy have come into the limelight in current decades. This may be traced to many psychosocial rather than medical changes in current thought regarding the female body.

These include the excessive compulsion to have a perfect body, the model for which is often the digitally modified image of the undernourished and cosmetically altered female model. In other words, various grades of severity of body dysmorphic disorder exist in today’s developed society causing more or less abnormal perceptions of what a woman’s body actually ought to look like, in contrast to the easy and natural acceptance of maturation, differences, and related changes in the appearance and function of the female body in somewhat earlier periods.

Another reason may be the early exposure of the developing adolescent mind to pornographic and other ubiquitous images of prepubertal female models including their genital anatomy, which accustoms and trains them to think of and expect the normal vulva to appear the same.

This gives rise to the potent twin dangers of males coming to reject the normal healthy female anatomy in favor of an imaginary ‘perfect’ version, as well as the woman’s own refusal to accept her own body as desirable and normal because of the different images she has grown up with and accepts as ideal.

The casualty in this situation is the woman’s privilege and right to be herself, and the imposed duty of being someone different to fulfil societal expectations passed on to her through illegitimate means and at vulnerable periods.

In a society which has been taught to think that the barely visible labia of a little girl not yet in her teens are the norm for an adult woman past her twenties, it is easy to understand that having supposedly over-large labia may cause the feeling that something is wrong, leading to psychological problems.

It has been established that more than two-thirds of women who ask for labiaplasty have this underlying motivation, rather than purely functional problems which are so uncommon as to be unlikely.

These include abnormal odor, irritation due to tight underwear or while cycling, sitting or walking, and problems with sexual intercourse.

The trend to ‘bare all’ in the sphere of clothing has also led to women with any labia at all beyond a couple of centimeters not being able to wear such revealing items without the labia showing. It is hard to conceive of this being a ground for surgical intervention, however.

It is very clear that what is very often called labial hypertrophy by both doctor and patient is simply a variant of normal, as is supported by the few studies available on female genital dimensions. Again, having asymmetrical labia is simply one common variant of normal.

Pigmentation of the labial edges is similar to that of the lips of the face, and should in no case be considered unsightly.

For all these reasons, it is a dangerous thing to encourage females to view any part of their anatomy as abnormal unless it causes ill-health or is obviously beyond the upper limits of variation seen in healthy females.

Labial hypertrophy has been attempted to be defined in terms of labial length. Felicio’s classification categorizes it into four:

Others define labial hypertrophy as anything over 4 or 5 cm and advocate correction if desired, but acknowledge that most cases are congenital in origin, which implicitly means it is a normal variant.

Acquired labial hypertrophy may be due to several causes which are extremely rare, however. They include:

In most women, the labia do become larger in the reproductive years and acquire their distinctive pigmentation in many. The clitoris is also larger in parous women, but its size is not affected by the woman’s age, height, weight or oral contraceptive use. They start to shrink in the perimenopausal years and afterwards.