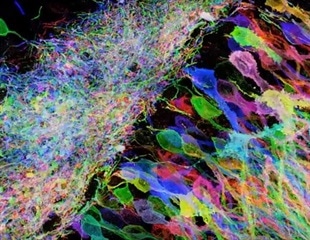 Expansion microscopy, put simply, is a method of improving the final image resolution during regular light microscopy, by physically enlarging the organism itself.

The process of enlargement begins by embedding a biological specimen inside a gel solution of densely crosslinked electrolytes, then mechanically homogenizing the cell. Next, the gel is expanded, where to buy generic zelnorm online without prescription thus also expanding the organism, by a fold linear expansion.

This process is essential as it provides an anchor for the key biomolecules within the cell (e.g. organelles, cytoskeleton, etc). By using this method of microscopy, scientists are more able to observe smaller cellular structures, as well as possibly observe more biomolecular structures which may not have ben as easily observed with just light microscopy alone.

Though other imaging protocols such as CLARITY and CUBIC are able to induce tissue expansion, this occurs as a side effect and efforts are made to minimise any expansion that arises. The extent of the expansion is not as great as that observed in expansion microscopy where the process is deliberately initiated and isotropic in nature.

The Discovery of Expansion Microscopy

This process of expanding a biological specimen using polyelectrolyte gel and water, with the intent of improving the resolution of light microscopy, was first presented in an article written by Fei Chen, Paul W. Tillberg, and Edward S. Boyden, at Massachusetts Institution of Technology.

It was finally published in January of 2015, and it discussed the concept of enlarging an organism for simpler nanoscale analysis, as well as the specific compounds and chemical mixtures used – with the paper concluding on a discussion on the resulting image linear expansion and the resulting improvements in image resolution.

The polyelectrolyte gel mixture that was used in the initial discovery of the viability of expansion microscopy, was a combination of sodium acrylate, along with a co-monomer, acrylamide, as well as N-N’-methylenebisacrylamide as the cross-linker.

Once the specimen has been set in this gel, the process of free radicalisation is initiated by adding the ammonium persulfate initiator and the tetramethylethylenediamine accelerator. Once this mixture undergoes dialysis in 99% water, the gel can begin to expand the specimen. This specific combination of electrolytes and expansion processes can be used to expand biological samples, such as brain tissue.

There are many ways in which this new technology could be useful. For example, the ability to locate and identify strands of RNA on a precise, nanoscale level would be very useful in future cellular biology research. This methodology could for example, be used to define cellular tissue types ex-situ.

During an experiment conducted in 2016, a small molecule was developed with the sole purpose of covalently binding RNA fragments to the easily-swollen polyelectrolyte gel.

After the specimen was expanded (in this case, the specimen used was a form of brain tissue), fluorescent in-situ hybridization (FISH) imaging of the relevant RNA molecules could then be performed, which thoroughly increased the yield observation, as well as molecule specificity.

This also meant that the cell could be examined on a single-molecule basis – making the final observations much more reliable, and easier to obtain. This process is called Expansion FISH.

The analysis of a cell sample taken from a human, with the purpose of diagnosing or researching a disease is called expansion pathology. This technique was used to observe human cancer cells under expansion microscopy – which were then compared to normal human cells which had undergone the same expansion procedure. This method of expansion microscopy is also currently used to identify and optically diagnose kidney minimal-change disease – which previously required a type of electron microscopy to observe.

Phoebe Hinton-Sheley has a B.Sc. (Class I Hons) in Microbiology from the University of Wolverhampton. Due to her background and interests, Phoebe mostly writes for the Life Sciences side of News-Medical, focussing on Microbiology and related techniques and diseases. However, she also enjoys writing about topics along the lines of Genetics, Molecular Biology, and Biochemistry.