Woman, 29, who was sick up to five times a day recalls the relief of finally being diagnosed with cyclical vomiting syndrome

The flower-arranging class were putting the finishing touches to their creations when nausea swept over one student, Miranda Spencer.

Before she was able to make any excuses, she vomited into a bucket in front of her classmates at the adult education centre. Sadly, the bout of unexpected sickness — and mortification — was no isolated experience.

In fact, there have been many days over the past 17 years when the 29-year-old fitness instructor has been sick repeatedly.

Miranda has had cyclical vomiting syndrome (CVS) since the age of 12. Little understood, it causes people to vomit many times a day. 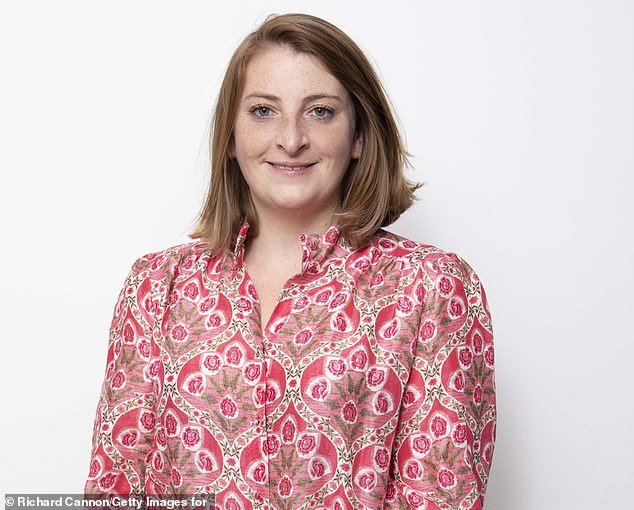 Fitness instructor Miranda Spencer (pictured), 29, who lives in south-west London has had cyclical vomiting syndrome (CVS) since the age of 12

It’s difficult to diagnose, as it is barely even heard of — even among doctors — and because there is no specific test for it.

As a result, CVS gets misdiagnosed as everything from allergies to kidney infections. CVS can begin at any age, from infancy through to old age (73 is the oldest known).

One theory is that the condition arises due to abnormal messages being sent between the brain and gut. As emotional responses can affect gut function, it is thought emotional events can trigger CVS symptoms, too.

In addition to hospital stays for symptoms such as severe dehydration the illness has caused Miranda much embarrassment.

‘That flower arranging class was typical of how it comes on without warning,’ reflects Miranda, who lives in South-West London with her husband, Jack, 31, who works in cyber security.

‘I’ve been shouted at because people think I’m a hopeless drunk. At times, when it’s particularly bad, just a sip of water will come straight back up.’

Flare-ups of CVS have distinct phases. In the prodrome (early symptoms) phase, there is mild nausea but no actual sickness. This is followed by the vomiting phase, characterised by persistent nausea and repeated vomiting, lasting from a few hours to days. 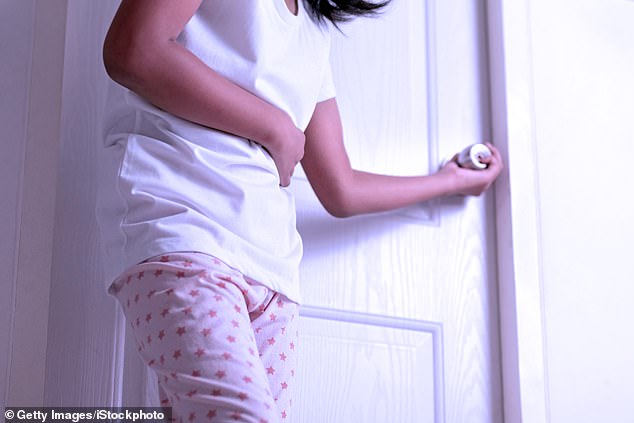 The condition is difficult to diagnose, as it is barely even heard of and because there is no specific test for it. (Stock image)

Why it affects more women is, however, not well understood. ‘In most cases, it continues until adolescence although CVS can persist and even develop through adulthood,’ adds Dr Chong.

‘Interestingly, many sufferers who have CVS as children will experience migraines as adults, and CVS is often described as a form of abdominal migraine.’

About 25 per cent of adults with CVS also have regular migraines.

‘The problem is that there are no diagnostic tests for CVS, so it is a process of elimination — and is only diagnosed when other conditions have been ruled out,’ says Dr Chong.

Under NHS guidelines, CVS can be considered in children if there are at least two continuous episodes of nausea and vomiting lasting hours or days within a six-month period. For adults, it is two episodes within 12 months.

As some doctors may not be familiar with the condition, it can go untreated for a long time. In Miranda’s case, it took nine years to be diagnosed.

‘I started having occasional vomiting episodes every few months, where I’d be sick for hours and for several days at a time,’ she says. ‘My GP couldn’t find a cause. I had blood tests but everything came back normal.’

At first the condition, though unpleasant, was manageable. But the episodes increased and by age 18, Miranda was vomiting five times a day, three or four times a week.

‘I had to inject the anti-sickness drug cyclizine two to three times a day. But eventually the jabs didn’t work well and I needed the medication to be delivered through a drip instead.

‘My parents were frantic, there didn’t seem to be a diagnosis.’

Miranda also had a feeding tube in her stomach as she wasn’t getting enough nutrients.

‘I felt like a shadow of a teenager,’ she says.

‘My social life was ruined and though I finished school, my gap year was cancelled. I tried to occupy myself — taking the flower arranging course, for example — but the sickness would ruin that, too.’

Finally, after seeing countless specialists and after other causes such as allergy and even eating disorders were ruled out, Miranda was then diagnosed with CVS.

It can be treated with medication, including anti-sickness drugs, and medicine to control stomach acid production — such as omeprazole. (The acid could exacerbate sickness.)

Miranda recalls the relief of finally being diagnosed: ‘I’d never heard of CVS before but I was elated. Finally the nightmare could be coming to an end.’

Miranda was told that in her case surgery could help. The operation, under general anaesthetic, involved implanting a gastric pacemaker beneath the skin of her abdomen.

Two leads attached to the device are fixed to stomach muscles which send electrical impulses to help pace the passage of food through the stomach. The device, turned on with an external controller, is thought to influence the nausea centre in the brain by activating the link between the stomach and brain.

‘My life seemed to be on track, I was exercising regularly, eating well, and had an incredible new boyfriend, Jack,’ she recalls. ‘I went to cookery school and got a job in an art gallery.’

However, one morning, aged 27, Miranda felt a crippling stomach pain. She was rushed to A&E, where it was found that wires from the gastric pacemaker had wrapped around her bowel and gut, causing a blockage.

She needed a nine-hour operation to remove the pacemaker, weeks in intensive care and a further month in hospital.

‘It was horrendous,’ she says. ‘I was in so much pain. I had about 15 tubes and drains in my body. I couldn’t talk for weeks and felt confused from the pain relief. It was often hard to stay positive.’

One good thing did happen after Miranda was discharged. ‘Jack drove to my parents’ house and asked me to marry him, it was a very big YES,’ she says. ‘He had looked after me incredibly well.’

It took a year for Miranda to recover and since then, the vomiting has subsided and now occurs about three times a week.

‘I have also changed how I manage the attacks,’ she says. ‘Instead of stressing, I treat it like a migraine. I go to bed and take it easy. It has helped enormously.’

Dr Chong adds: ‘It’s true that stress plays a key role in some patients and the control of stress, perhaps through psychotherapy, may help manage the condition.’

Many of those with CVS try to manage symptoms by avoiding possible triggers such as spicy food or chocolate.

The condition has had knock-on effects for Miranda. For example, the constant sickness has caused acid damage to her teeth. ‘I’m having constant dental work to fill holes or replace teeth as they break so easily,’ she says.

Miranda, who managed to get through her wedding day last year without being sick, is passionate about raising awareness of CVS.

‘There are few specialists and not enough is known about it,’ she says ‘There needs to be more research for something that can take over your whole life.’