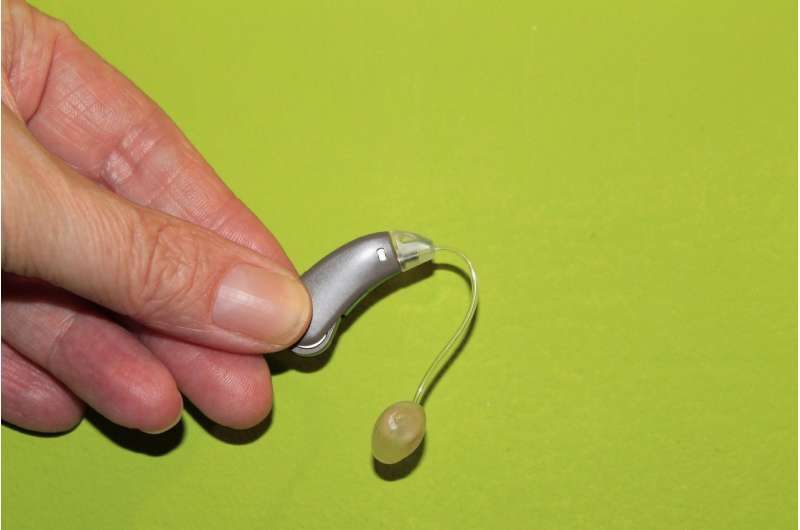 People with hearing aids and other assistive listening devices often struggle at crowded events, because the various sources of sound make it difficult to make out any one of them clearly.

During the 182nd Meeting of the Acoustical Society of America, Ryan M. Corey, from the University of Illinois at Urbana-Champaign, will discuss his technique to improve hearing aid performance by actively canceling out unwanted sounds from speaker systems. His presentation, “Turn the music down! Repurposing assistive listening broadcast systems to remove nuisance sounds,” will take place May 25 at 1:45 p.m. Eastern U.S. at the Sheraton Denver Downtown Hotel.

For someone using an assistive listening device in a crowded place, it might make little difference whether the device is on or off. Nearby conversation directed at the user might be drowned out by distant conversation between other people, ambient noise from the environment, or music or speech piped through a loudspeaker system.

Corey and his colleagues worked to eliminate at least one source of noise, the one emanating from loudspeakers or other broadcast systems. By pairing the hearing aid with the broadcast system, the researchers can cancel out whatever is being broadcast and leaving the user free to enjoy nearby conversation.

“This project is a form of selective noise cancelation,” said Corey. “Noise-canceling headphones, like the kind that are popular for airplanes, are designed to cancel out everything. In this system, we only want to cancel a specific sound, like the music playing over the speakers, but let other sounds through.”

This approach is designed to be versatile and seamless. It should work for any venue, indoor or outdoor, where a loudspeaker or broadcast system is present. and should remove only the broadcast noise while preserving other nearby sounds just as the listener would normally hear them.

In the future, Corey hopes to combine this technology with arrays of microphones to give wearers of assistive listening devices even more control over which sounds they can listen to.