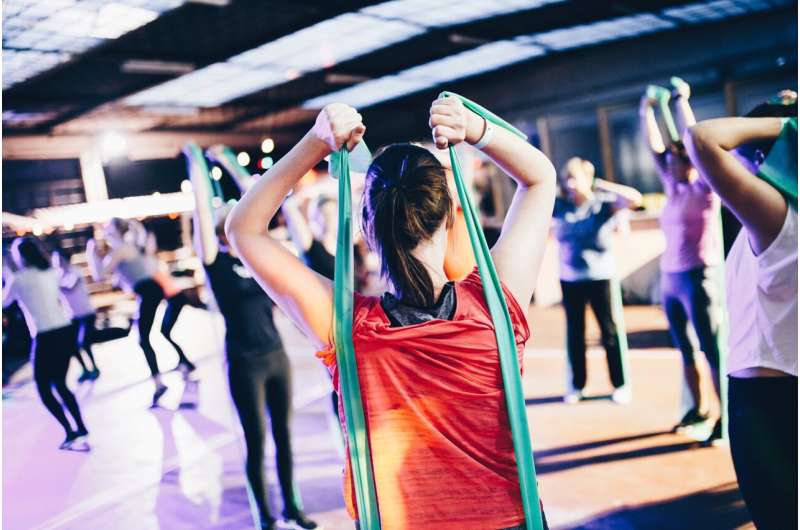 Young people are less satisfied with their lives when they are stressed. Physical activity can counter this by helping to relieve stress. Researchers from the University of Basel found that intrinsic motivation plays a key role in this regard.

One in four boys and one in three girls feels stressed during their schooling, a study conducted by Sucht Schweiz in 2019 found. How can a person reduce their stress to improve their quality of life? Physical activity can be helpful here thanks to its stress-buffering effect. Researchers from the Department of Sport, Exercise and Health and the Faculty of Psychology at the University of Basel found that the key was young people’s intrinsic motivation to exercise. A total of 864 young people in Switzerland between the ages of 16 and 25 took part in the study.

At the beginning of the study, participants completed a questionnaire in which they rated their stress level and provided information about their level of physical activity and satisfaction with their lives. They were then asked the same questions again 10 months later: young people who initially reported feeling more stressed were less satisfied with their lives at the time of the second survey.

Physical activity had a positive impact on life satisfaction, as it was shown to have a stress-buffering effect. However, this was only the case when the exercise occurred due to a person’s intrinsic motivation. In such cases, intense physical activity can relieve the negative effect of stress on one’s satisfaction.

Intrinsic motivation is defined as action resulting from one’s internal drive: the activity itself is enjoyable, and external factors do not play a role. By contrast, extrinsic motivation is behavior prompted by external incentives, such as rewards, avoiding punishment or the expectations of others.

External factors discourage many young people from participating in sports

The researchers’ findings highlight not only the importance of intrinsically motivated activities, but also how important they are when people are young—a time when there are many extrinsic reasons to stop participating in various kinds of physical activity. Adolescent girls, for instance, cited a lack of time, feeling inept or worries surrounding their appearance during exercise as reasons why they stopped or reduced how much time they spent participating in physical activities. Boys also reported that their physical appearance discouraged them from being physically active.

By contrast, intrinsic motivation causes people to be physically active on a regular basis and, importantly, to do so over the long term. This makes it all the more important to cultivate this type of motivation and young people’s own interest in being physically active. “Providing more freedom to choose the type of sport they do, experiencing athletic success and a sense of social inclusion may be good places to start,” emphasizes psychologist Silvia Meyer.

Adolescence is a challenging period of life. Conflicts with parents or peers, moodiness and engaging in riskier behaviors are common. Susceptibility to stress is much more pronounced during this stage of life. Improving the ability to manage stress is therefore the most important health requirement for young people in Switzerland.