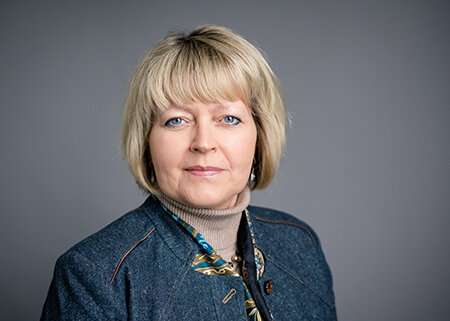 As the public’s demand for medical cannabis or cannabinoid therapies grows, health care professionals in the United States are ill-prepared to answer their patients’ questions, according to a new study led by researchers at the University of Alabama at Birmingham. The study, published in Epilepsy and Behavior (online before print), surveyed health care providers on attitudes and knowledge regarding cannabis for medical and recreational purposes.

“There is a growing interest in cannabis for therapeutic purposes,” said Magdalena Szaflarski, Ph.D., associate professor in the Department of Sociology in the College of Arts and Sciences at UAB and the study’s lead author. “Cannabis sativa L, also referred to as marijuana or hemp, has been used as material and medicine by humans for over 5,000 years.”

Szaflarski says that over 120 phytocannabinoids have been identified, including the two best known, THC and CBD, or cannabidiol. THC has psychoactive properties and is responsible for the high associated with marijuana. CBD is non-intoxicating and devoid of psychoactive effects.

“Thousands of studies suggest that cannabis/cannabinoid-containing products with a variety of THC:CBD ratios can be effective in treating some of the symptoms associated with HIV/AIDS, cancer, glaucoma, multiple sclerosis, epilepsy, pain, sleep, anxiety, trauma, and other conditions—but there are also risks and much that remains unknown about cannabis-based therapies,” Szaflarski said.

There have been several cannabis-based medications approved for use by the U.S. Food and Drug Administration. The most recent addition is Epidiolex for the treatment of intractable seizures. UAB was a major site for the Epidiolex studies.

“We know there is a knowledge gap among clinicians,” Szaflarski said. “Previous studies had suggested that as many as 94 percent of epilepsy providers report their patients have sought cannabis treatment for epilepsy, and 64 percent say their patients use some form of cannabis. However, more than a quarter of those providers didn’t feel knowledgeable to make a recommendation to their patients, and only 2 percent had knowledge/information on proper dosing.”

Szaflarski’s team conducted a survey of U.S.-based neurologists, nurse practitioners/nurses, and pharmacists. There were 451 survey respondents, equally divided among the three professional groups. The survey consisted of 29 structured items that tapped into attitudes/knowledge regarding CBD therapies (with a focus on epilepsy), medical cannabis more broadly and recreational cannabis.

The survey addressed perceived effectiveness of CBD/medical cannabis, regulation and availability of products, and stigma associated with recommending CBD treatment. The knowledge domains covered the endocannabinoid system, pharmacology, effects, clinical applications and government regulation. Sociodemographic, professional education, tenure and work setting information was also collected from the survey respondents, as was information on the legality of medical cannabis.

“Our findings showed that the majority of providers, over 80 percent, favored the use of medical cannabis when prescribed by a medical provider,” Szaflarski said. “Fewer, only 43 percent, supported recreational cannabis. Of some concern was that a significant number considered themselves not knowledgeable at all about medical cannabis or were unfamiliar with issues related to regulation and availability of cannabis products. The test results showed gaps in knowledge: Between 26 percent and 68 percent answered a question incorrectly or didn’t know the answer to a particular question.”

The team reports that attitudes about CBD for epilepsy have changed over time. In the current study, 77 percent of neurologists either strongly favored, favored or somewhat favored the use of CBD for epilepsy, against only 48 percent who said in 2014 that they would advise the use of medical marijuana in severe cases of epilepsy. This suggests growing, though still uneven, agreement among neurologists about CBD use for treating epilepsy.

The authors also report that support for CBD/medical cannabis among all providers in the study was lower than that of the American public’s, which is at 93 percent, according to the Pew Research Center. The study respondents also supported legalization of recreational cannabis at a lower level than did the general public, at 43 percent against a national figure of 60 percent, according to a Gallup News poll.