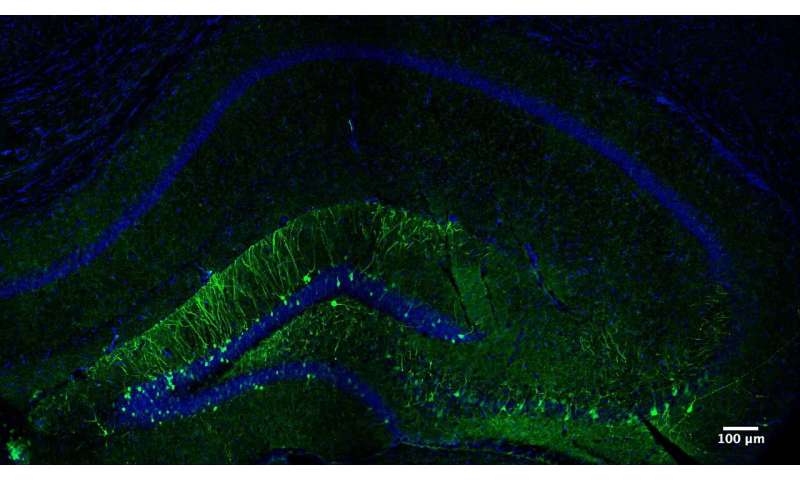 Selectively increasing the levels of a certain protein in nerve cells that play a key role in memory storage boosts memory performance, as demonstrated in experiments on mice by a group of scientists at Heidelberg University led by Dr. Ana Oliveira. The responsible protein is Dnmt3a2—a so-called epigenetic factor that chemically modifies the genome and thus influences memory processes. By increasing the levels of Dnmt3a2, the researchers from the Interdisciplinary Center for Neurosciences were able to modulate the reactivation of the relevant neurons, quite precisely in fact.

Over the course of life, a multitude of memories are stored. It is currently thought that each memory has its individual representation in the brain, coded by neurons that are active when new information is acquired. “This representation is like a puzzle made up of many parts, in this case a pattern of nerve cells that encode the information,” explains the researcher. “To recall a memory, a sufficient amount of the relevant neurons in the brain must be reactivated to put the pieces of the puzzle back together and recreate the whole.”

In mouse experiments, the Heidelberg neuroscientists discovered that memory recall improves when the levels of a specific protein in these neuronal cells are selectively increased. That protein is Dnmt3a2—a so-called epigenetic factor that chemically modifies the DNA. Dnmt3a2 increases the production of specific proteins that in turn affect memory.

For its investigations, Dr. Oliveira’s team trained laboratory mice in a Pavlovian conditioning task and labeled the nerve cells in the hippocampus that were relevant to the memory of the learned task. As a second step, the researchers boosted the levels of the Dnmt3a2 protein specifically in those cells. “Just a slight increase was enough to improve the memory performance in the mice, because the ‘correct’ neurons, i.e. those needed for memory recall, were better reactivated,” explains Dr. Oliveira. “It was fascinating to see that we could precisely modulate this reactivation.”

In their prior studies, the researchers had already shown that the Dnmt3a2 protein can restore aging-related cognitive dysfunctions and facilitate the “erasure” of traumatic memories in mice. They hope their results open up new avenues for future studies on selectively influencing the nerve cells relevant for memory performance.