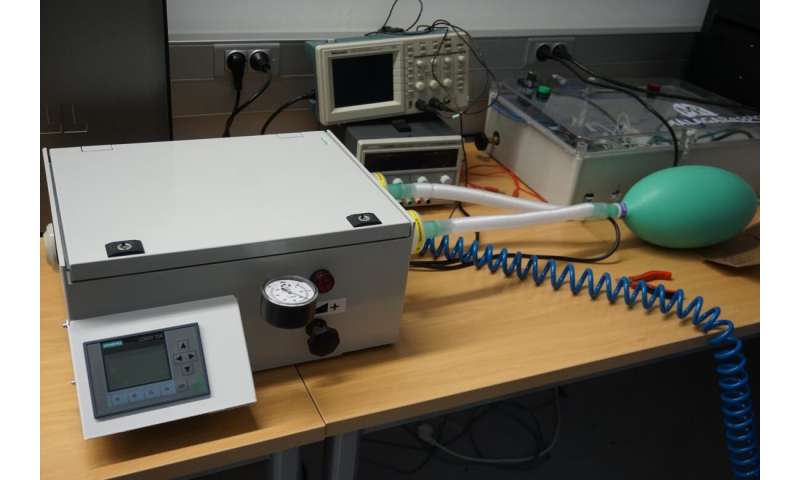 A ventilator developed by researchers from the Medical Robotics Research Group of the University of Málaga (UMA) in just 20 days to strengthen health care response to COVID-19, is already being manufactured after receiving authorization from the Spanish Agency of Medicines and Medical Devices (AEMPS) upon fulfilling all requirements for its approval.

Andalucía Respira offers a real alternative to ventilators currently being used in intensive care units of hospitals. It is based on common, low-cost industrial parts used in air conditioning, irrigation and the tire industry, and contains no moving components, which reduces the risk of mechanical failure. The prototype can be manufactured in approximately two hours.

Before obtaining the authorization of the AEMPS, the device had to pass multiple tests, the last two of a technical nature, under the supervision of a certification company. The first one tested for electromagnetism, which is especially important since it has direct bearing on device safety, both for patients and to determine whether it interferes with other medical equipment in an intensive care unit. Then its uninterruptible power supply (UPS) was tested over 48 hours to confirm its function during sudden power surges.

In conjunction with these technical certifications, the ventilator developed by researchers of the UMA had to pass two clinical tests on humans. Both tests were carried out for four hours on patients affected by COVID-19 and admitted to the ICU, resulting in success indicators that validated the technology.

After an execution phase of the first prototype, developed in two days, it was successfully tested on an artificial lung and an animal model. 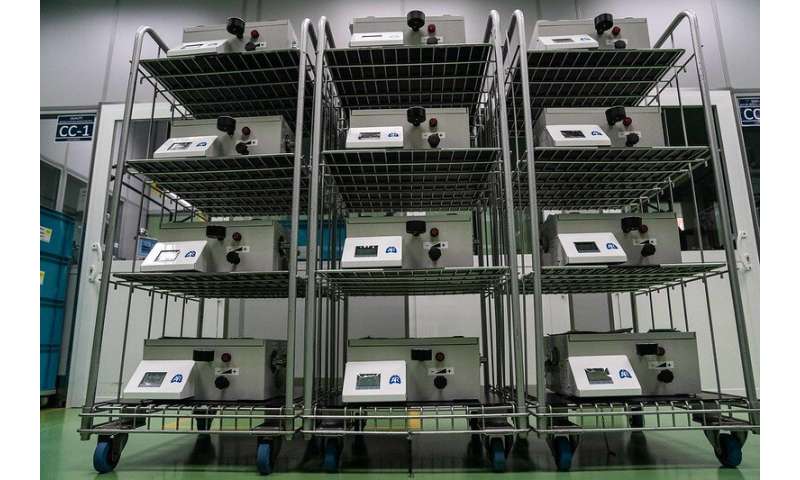