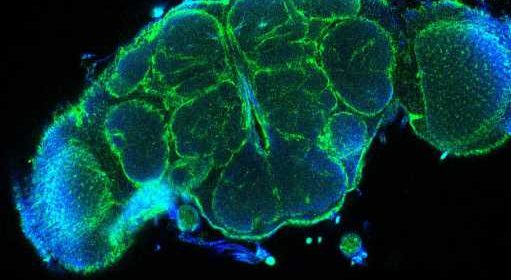 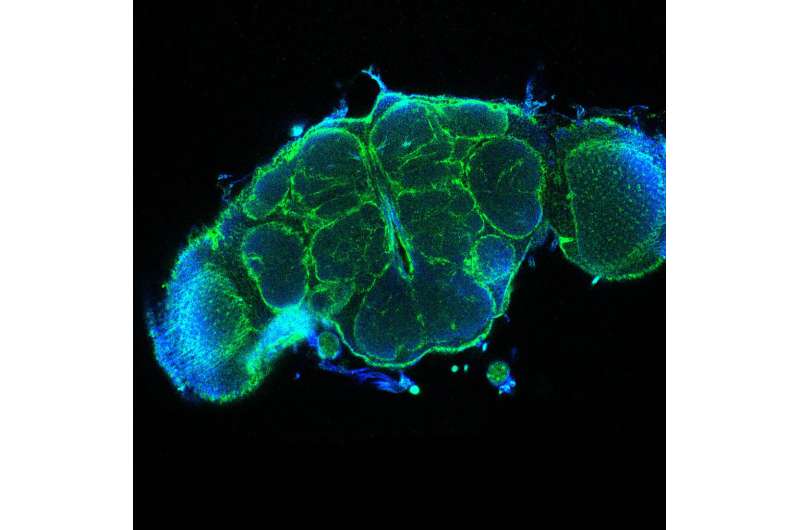 The neurons, located in the brain are interconnected in a complex pattern and establish special communication points, the synapses. All neurons require a constant environment in order to function reliably. To ensure this, the brain is surrounded by the so-called blood-brain barrier. It ensures, for example, that the nutrient balance always remains the same and that harmful influences do not reach the neurons. This applies to all animals including humans. For insects, a team led by Nicole Pogodalla and Prof. Dr. Christian Klämbt from the Institute of Neuro- and Behavioral Biology at the University of Münster (Germany) has now shown that there is also a second barrier in the brain. Here glial cells, too, ensure a spatial separation of different functional compartments, which is essential for reliable functioning of the nervous system. The work was published in the prestigious online journal Nature Communications.

The research team studied the insect brain using larvae of the fruit fly (Drosophila melanogaster) as an example and focused on the role of glial cells. Early in development these cells help to establish the correct neuronal network and later glial cells play important roles in controlling the transmission of signals between neurons. In all invertebrates, as well as in primitive vertebrates, glial cells also define the outer boundary of the nervous system—the blood-brain barrier.

Deep in the fly brain, all synapses are located in a special region called the neuropil. The neuropil is separated from the zone containing the cell bodies of the neurons by a small set of surrounding glial cells, that were in the focus of Nicole Pogodalla. She developed a new experimental approach—dye injections into living larval brains—and combined this with cell type specific ablation experiments to show that these glial cells actually form a diffusion barrier, i.e. regulate the distribution of molecules.

Since all other cellular barriers in the body are formed by polarized cells that have an “up” and a “down,” the research team next examined glial cell polarity. Using advanced confocal image analysis as well as electron microscopy work in combination with state-of-the-art molecular genetics, the researchers uncovered that the ensheathing glial cells are indeed polarized. They showed that this polarization is functionally important, as defects in polarity lead to both an altered cell shape and cause a significant behavioral phenotype in fly larvae: Movement of larvae with defective or absent glial cells is impaired, and crawling speed is reduced.

In the current paper, the research team also describes the importance of extracellular matrix—the tissue lying between cells -, membrane lipids and membrane proteins, as well as the function of the cytoskeleton in the formation of the barrier-forming glial cells. 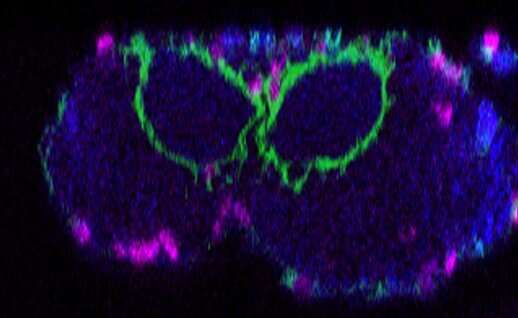