Pot, pills and the pandemic: How coronavirus is changing the way we use drugs 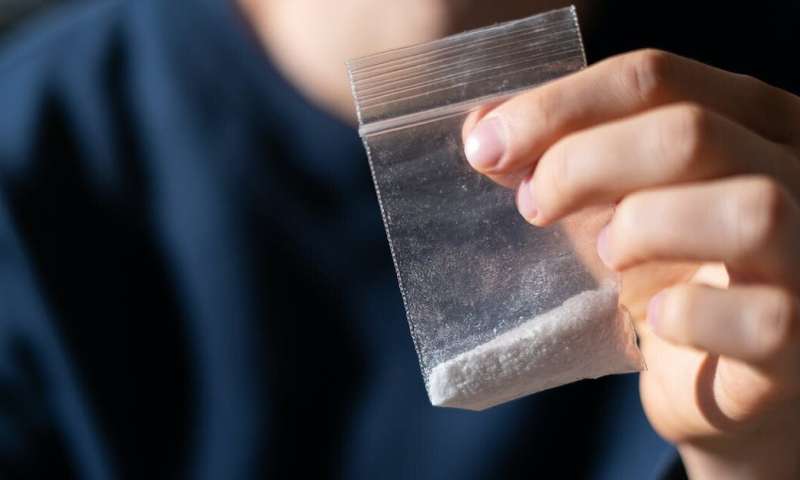 There’s no question COVID-19 has changed many aspects of our lives. As drug researchers, we are interested in how the pandemic has affected illicit drug use in Australia.

Our two new surveys of Australians who regularly use illicit drugs show people most commonly reported no change or a reduction in their use of various illicit drugs since COVID-19 restrictions came into effect.

While this may be perceived as a good thing, for people who regularly use drugs, a period of decreased use can heighten the risk of adverse effects, such as overdose, later on.

Many experts, ourselves included, predicted significant shifts in drug trends as governments around the world introduced restrictions to control the spread of COVID-19.

Evidence from major environmental, economic, and other past crises suggests the COVID-19 pandemic may have substantial effects on:

These changes may increase the risk of drug-related harms, such as withdrawal, drug dependence and overdose. This could be especially problematic given challenges in delivery of drug treatment and harm-reduction services during COVID-19.

We wanted to see if Australians who use illicit drugs had experienced these changes.

We conducted telephone interviews with 389 Australians who live in capital cities and regularly use ecstasy and other illicit stimulants.

We also conducted an online survey of 702 Australians who regularly used illicit drugs in 2019.

We recruited participants for both studies between April and June via social media.

Overall, we found the use of most illicit substances had largely remained stable or decreased since March. People most commonly reported they were using drugs like MDMA, ketamine and LSD at a similar level or less than they were before the pandemic.

Conversely, at least two in five people across both studies reported they were using more cannabis than before COVID-19.

These findings are unsurprising given cannabis is mostly used in private homes, whereas drugs like MDMA are more commonly used in public settings such as nightclubs or festivals.

Most participants across both studies continued to obtain drugs face-to-face. But about 10% reported they had reduced face-to-face collection of drugs, obtained drugs less frequently, and bought drugs in larger quantities since COVID-19 restrictions.

People also reported trying to reduce the risk of contracting COVID-19 by washing their hands before handling drugs, and avoiding sharing equipment such as pipes, bongs, needles and syringes.

And about 10% of participants reported seeking information on how to reduce their risk of COVID-19 when using drugs.

These findings refute stigmatized views that people who use illicit drugs are reckless with their health.

Our participants largely perceived the illicit substances they sought were no less available since the start of restrictions.

The exception was MDMA pills; half of participants we interviewed by phone said they were “more difficult” to obtain.

These findings are surprising given illicit drugs like heroin, cocaine and methamphetamine are typically detected at the Australian border, and air travel has been restricted with COVID-19.

However, the effects of COVID-19 on price, purity and availability of drugs may take time to become apparent and will vary by substance.

Reduced drug use is not always a positive

Participants commonly said their reduced substance use was a result of limited opportunities to “go out” and socialize. So as restrictions start to ease, it seems likely people will again increase their use of substances like MDMA and cocaine.

Resuming substance use after a period of abstinence or reduced use can increase the risk of harms such as overdose due to reduced tolerance to the effects of the drug.

Harm-reduction strategies—like taking smaller doses, spreading out doses during a session and having a sober person present—can help reduce the risk of these outcomes if people start to use drugs again or use larger amounts.

Peer-based organizations and online resources offer information and advice on how to reduce risk when using drugs.

We need research exploring how COVID-19 has affected those who report more problematic patterns of use, like people who regularly inject drugs.

This group may be disproportionately affected by COVID-19 given underlying health issues, poorer health literacy, stigma, and higher economic and social vulnerabilities.