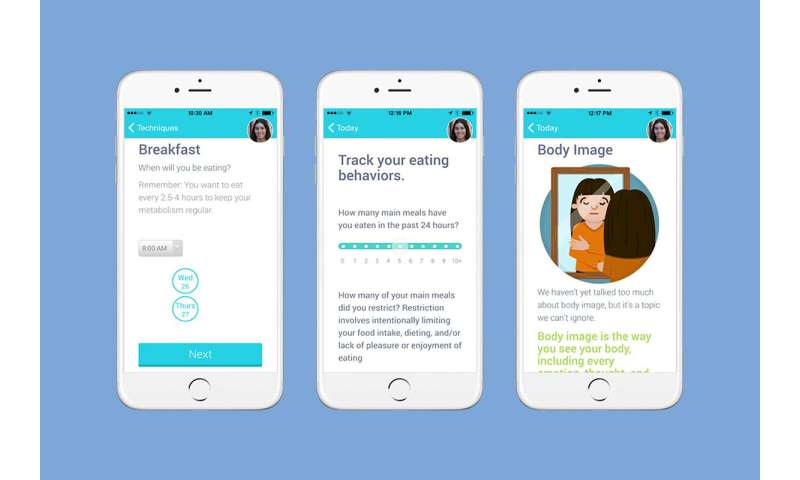 Most college students with an eating disorder never seek treatment, but more than 8 in 10 were willing to try a new treatment that combines digitally guided therapy with coaching assistance, a new study reports.

Even better, the new technique was more effective at reducing eating disorder symptoms than the usual care students receive.

“Eating disorders can be associated with a lot of shame, and there are a lot of barriers to treatment. Students may perceive they don’t have time for treatment. They may feel the counseling center can’t help, or they may not want to be seen at the counseling center,” explained study author Ellen Fitzsimmons-Craft. She’s an assistant professor of psychiatry at Washington University School of Medicine in St. Louis.

“Our study found the digital cognitive behavioral therapy (CBT) intervention was superior to the usual care [in reducing depression and behaviors related to eating disorders]. And, at least 80% of those offered the digital intervention started treatment compared to 28% offered usual care, so digital CBT increased the number of college students who started treatment,” Fitzsimmons-Craft said.

Eating disorders, such as bulimia or binge eating disorder, affect as many as 13.5% of college women and nearly 4% of college men, according to the study. These disorders can cause other health problems and decrease quality of life.

The current study included 690 college-aged women with a binging or purging eating disorder. Women with anorexia nervosa weren’t included in this study.

The study volunteers were recruited via an online survey. They came from 27 U.S. universities.

They were randomly placed into one of two treatment groups: 385 women received digital cognitive behavior therapy and 305 received usual care (a referral to their campus counseling center).

The digital CBT was available at any time. “Having real-time access to treatment seemed to create a better willingness to engage in treatment,” Wilfley noted.

The new treatment also included coaches. “Each user was paired with a coach who provided support via asynchronous text-based messaging, and offered phone calls early in the program and the end. The coaches fostered motivation, helped address barriers to treatment and establish goals,” Fitzsimmons-Craft explained.

Wilfley agreed, adding the coaches also gave those in treatment a sense of accountability and helped them feel less alone.

The researchers didn’t find any difference between the two groups when it came to complete abstinence from any eating disorder behaviors. But they did see greater reductions in binge eating, other eating-disordered behaviors such as vomiting, and depression in the group that participated in digital CBT/coaching.

Both experts said this type of intervention could be especially helpful right now. “Immediately with COVID-19, access to in-person therapy went away. Guided self-help treatments could increase access to care during COVID and beyond,” Fitzsimmons-Craft said.

Wilfley noted that eating disorders have worsened during COVID, so “having the opportunity to have support and still be socially distant is really beneficial.”

The study was published Aug. 31 in the journal JAMA Network Open.

Jessy Warner-Cohen, a senior psychologist with Northwell Health in Lake Success, N.Y., said, “This study is an exciting development on a number of levels. It integrates an evidence-based intervention with technology. While the intervention is based within an app, there was also individual interaction with therapists.”

She said people often avoid treatment because they’re concerned it will disrupt their daily routine. But this study shows that “it is possible to get help wherever and whenever it is needed.”

Dr. Jess Shatkin is author of an accompanying editorial and vice chair for education at The Child Study Center at NYU Langone Medical Center in New York City. “Having a tool that allows people to not have to go to someone face-to-face provides a really good access point to treatment. The biggest issue is getting people to treatment for a condition in which people live in extraordinary shame. They don’t have an easy time getting help,” he said.