One hour of laying on stomach improves oxygen levels in patients

Lying on the stomach for just one hour dramatically improves the oxygen levels of hospitalized coronavirus patients, a new study suggests.

Researchers found in some patients, it helped with modest increases in oxygen saturation levels, rising from 90 percent back up to 100 percent.

In others, it helped with dramatic increases, whose oxygen levels in the blood had fallen down to 70 percent and 80 percent.

The team, from Columbia University in New York City, says this position lowers the patients’ risk of being intubated, being placed in the intensive care unit and dying. 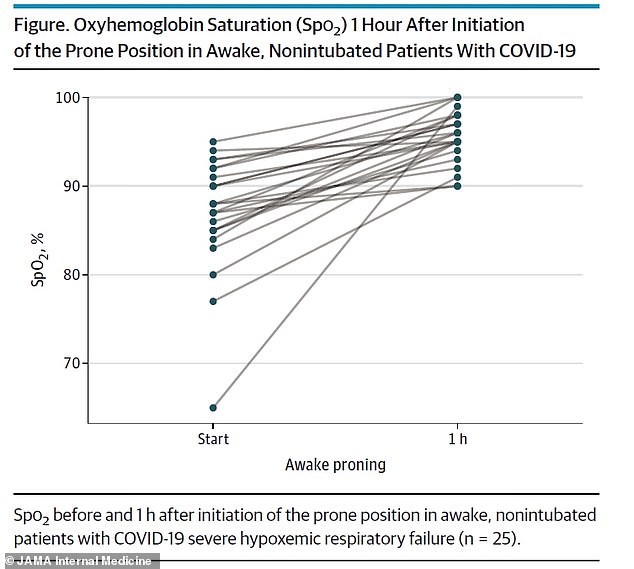 In a new study, of 25 patients who were flipped on their stomachs, 19 saw their oxygen saturation levels increase to 95% or greater (pictured) 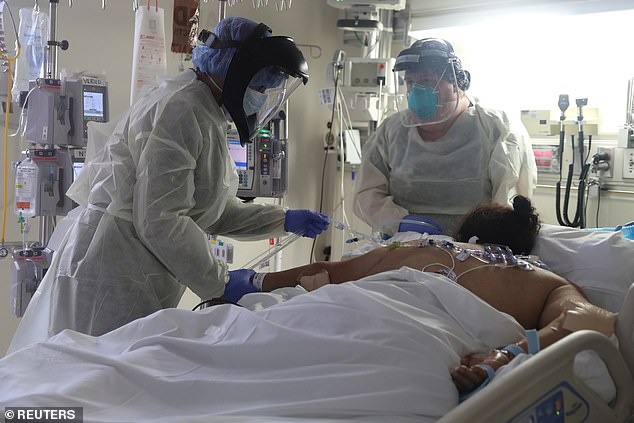 Of the six patients whose levels were below 95% after the first hour, five needed to be intubated later. Pictured: Medical staff attend to a patient suffering from coronavirus in the ICU at Scripps Mercy Hospital in Chula Vista, California, May 12

Doctors have found that placing severely ill coronavirus patients on their stomachs, known as prone positioning, can help increase the amount of oxygen entering the lungs.

For the study, published in JAMA Internal Medicine, the team looked at 29 patients hospitalized with coronavirus.

Twenty-five patients agreed to be placed on their stomachs while the four who refused were intubated.

One hour after being flipped onto their bellies, 19 patients saw their oxygen saturation levels (SpO2) increase to 95 percent or greater.

The range of improvement in SpO2 was between one percent and 34 percent.

Subsequently, seven of those 19 patients would need to be intubated.

Among the six patients whose levels were below 95 percent after the first hour, five needed to be intubated. 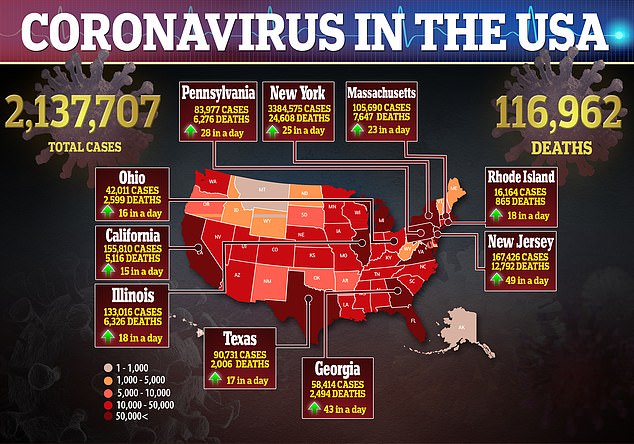 The difference in intubation rates between patients whose SpO2 was above 95 percent and below 95 after one hour of being on their stomachs was 46 percent.

Among 12 patients who needed to be intubated, three later died in the hospital’s intensive care unit.

But, among the 13 patients who weren’t intubated, nine were discharged while four remained in the hospital.

‘Randomized clinical trials are needed to establish whether improved oxygenation after use of the prone position in awake, non-intubated patients improves survival,’ the authors wrote.

In the US, there are more than 2.1 million confirmed cases of the virus and more than 116,000 deaths. 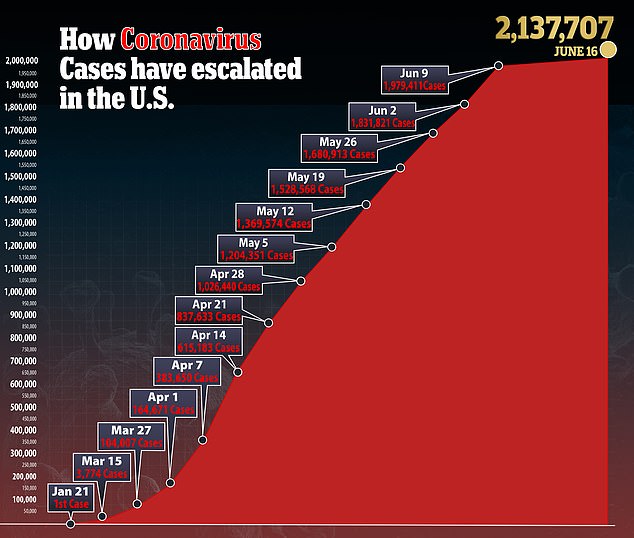