Monoclonal antibodies have a multitude of uses – they can treat viral diseases such as coronavirus disease 2019 (COVID-19), be used in diagnostic tests such as lateral flow tests to detect the presence of disease, or past instances of it, and are commonly used for various research purposes. Normally, antibodies are created by immunizing an animal with the desired target and harvesting the antibodies from their sera.

However, this is not quick, reliable or always functional – especially as more and more researchers turn towards animal-free products. Unfortunately, generating antibodies in vitro has traditionally been less effective, with the antibodies showing lower functionality. Researchers from the Broad Institute of MIT and Harvard looking to solve this problem have created a cell-free nanobody engineering platform that can produce antibodies effectively and quickly. 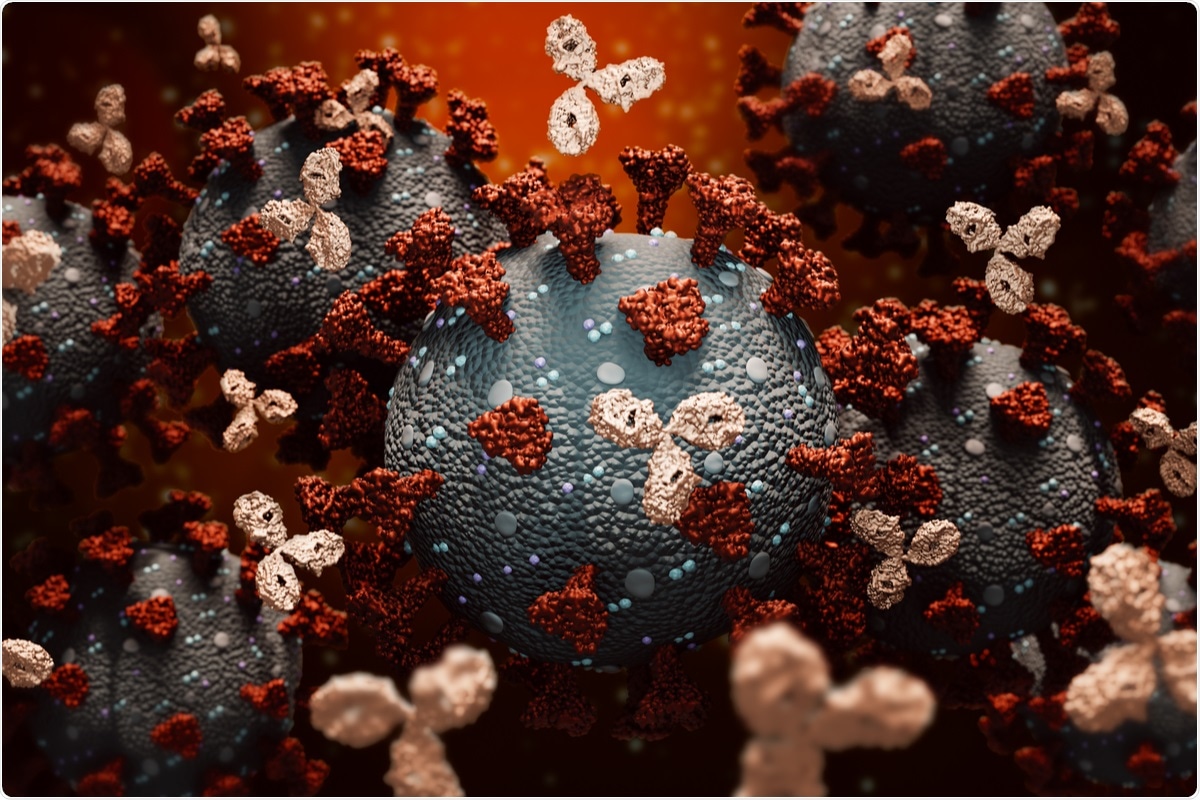 The group's findings can be found in the Nature Communications journal.

The binding of antibodies to antigens is determined by the variable domains of the heavy chain (VH) and light chain (VL/VK). However, certain camelids produce antibodies with no light chain that bind to antibodies through the use of a unique VHH domain. These are known as nanobodies, and as they are small and stable up to 90 °C, they show enormous promise for future use.

While nanobody libraries have been effectively used, low transformation efficiencies make them cumbersome for use in cells. Cell-free approaches avoid this issue, making nanobody libraries prime candidates for both the needs of researchers, healthcare workers and production companies.

The platform, known as Cell-free VHH Identification using Clustering Analysis, or CeVICA for short, includes a synthetic nanobody library, ribosome display, and a computational binder prediction method. As one of the first tests of its abilities, the scientists attempted to create nanobodies to target the receptor-binding domain (RBD) of the spike protein of severe acute respiratory syndrome coronavirus 2 (SARS-CoV-2).

The spike protein is particularly important for SARS-CoV-2 and is responsible for a large part of the pathogenicity of the virus. The RBD of the S1 subunit binds to angiotensin-converting enzyme 2 (ACE2), allowing viral entry to the cell, while the N-terminal domain is responsible for membrane fusion. Targeting the RBD is particularly valuable, as it not only allows the immune system to identify SARS-CoV-2, but also aids it in preventing the virus from entering cells.

First, the researchers designed nanobody libraries containing random complementarity-determining regions (CDRs) to use as an input for the platform. In order to design this, they analyzed the sequence characteristics of nearly 300 unique nanobodies. After identifying four frames showing high homology to human immunoglobulin heavy chain variable region (IGHV) genes, they used consensus sequences extracted from these to design the final nanobody DNA templates, including additional frames based on well-characterized nanobodies. This mixture could be used as templates for PCR reactions, and randomness could be induced with a 5' NNB sequence. Hairpin DNA nucleotides were used to block ligation of one end of the PCR product. CDRs longer than 13 amino acids are rare, so were not included. Following randomization of all CDR positions and anti-Myc selection, the platform was able to create 27.5% full-length sequences and 3.68×10^11 full-length sequences per µg of library DNA.

In total, 862 clusters were identified. In order to determine which were true binders/neutralizers, 24 representative samples of these were cloned and purified, and then their effectivity against the SARS-CoV-2 spike protein was assessed by ELISA and pseudovirus neutralization. Nineteen of these samples showed positive ELISA readings indicating strong binding abilities, and the other 5 showed 20% inhibition for at least one RBD variant. One sample, SR38, showed stronger inhibition of several pseudoviruses than previously tested nanobodies of animal origins. Following further testing, 30/38 nanobodies showed positive binding, showing a strong performance by this platform. With more affinity maturation, these nanobodies can be refined even further.

The authors highlight the promise of their cell-free platform in rapidly creating effective nanobodies against novel targets. As European regulations make it increasingly difficult to derive antibodies from animals, and scientists continue to warn of future pandemics, this is a highly valuable tool to combat disease. Increased thermal stability could allow nanobody-based treatments to travel further, with less expense, to more isolated areas.

More than simply stability, there was even evidence of precise refolding following complete thermal denaturation. As this technology is further automated, it could become the standard for rapid, scalable antibody generation – a sorely needed advance.

Sam completed his MSci in Genetics at the University of Nottingham in 2019, fuelled initially by an interest in genetic ageing. As part of his degree, he also investigated the role of rnh genes in originless replication in archaea.