Keto diet: here’s why some people experience fatigue, nausea, headaches after starting it 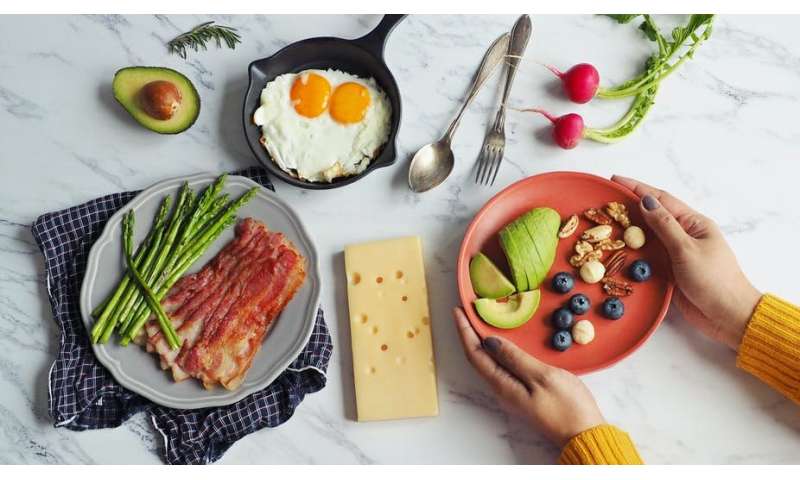 The ketogenic (“keto”) diet is an increasingly common choice for those looking to lose weight. The diet recommends eating protein, high-fat and low (or no) carbohydrates. Doing this will cause the body to enter “ketogenesis,” which will reportedly help your body burn more fat and lose weight. But unlike other low-carb diets (such as Atkins or Paleo diets), many people report experiencing flu-like symptoms after adopting the diet—making many ditch it altogether.

After we eat, the body converts carbohydrates into blood sugar (known as glucose), which it uses for energy. But the ketogenic diet is based on research from the 1920s that found lowering the availability of carbohydrates made the body rely more on using other substances (such as fat) for energy. By metabolising fat to produce glucose or energy, the body generates ketones in the process—hence the term “ketogenic”. Any diet containing less than 20g per day of carbohydrate is deemed to be ketogenic.

The production of ketones by the liver indicates that fat, instead of sugar, is being metabolised and that this fat is close to our entire source of energy. This is thought to correlate to weight loss but really correlates with an altered blood insulin profile. Whether this enhances weight loss compared to other diets is debatable, since withdrawal of carbohydrates results in losses in body water, exaggerating the appearance of weight loss.

But many people report experiencing something called the “keto flu” after changing their diet. People report symptoms such as nausea, constipation, headaches, fatigue and sugar cravings, similar to influenza – apart from the sugar cravings.

These side effects are related to the key concept of the ketogenic diet: carbohydrate withdrawal. Glucose (which is produced from foods containing carbohydrates, such as potatoes or bread) is the primary energy source of the central nervous system, including the brain. A reduced supply of carbohydrates will result in reduced function, leading to headaches. Nausea can be explained through consuming high volumes of fat. This is because fat takes a long time to digest and absorb.

When eating a conventional diet that includes carbohydrates, glucose increases in the blood. This stimulates a rise in the hormone insulin, which regulates blood sugar levels and allows your body to use the glucose for energy. It lowers the presence of fat in the blood, and helps glucose enter the body’s cells. Insulin also suppresses the release of fat particles from fat stores in the body by the same mechanism. The hope is that by eating low (or no) carbs, this mechanism will be reversed, helping to increase the appearance of fat in the blood and its availability to other cells to use for energy and result in fat loss.

A high level of insulin release occurs if a person consumes a large volume of carbohydrates in a single sitting. Therefore, the ketogenic diet aims to reduce the insulin response through excessive carbohydrate restriction. But reducing insulin causes an increase in circulating fats that displace a protein, called tryptophan, from its carrier. This circulating tryptophan causes an increase in serotonin in the brain and the increase in serotonin results in fatigue, even when you aren’t exerting yourself much.

Having fewer carbohydrates to use is also a stressor to the body, since they’re the body’s preferred energy source. The lack of carbohydrates stimulates the release of cortisol—a stress hormone. The amount of cortisol the body releases depends on the size of the stressor. Cortisol releases fats and proteins from tissues in the body, which is the aim of the ketogenic diet. These nutrients are then metabolised by the liver to produce carbohydrates. However, cortisol secretion can become fatigued as a result of this stressed environment. Since cortisol helps increase immune function, the body may be more prone to infections, such as the common cold.

Carbohydrate-rich foods often contain vitamins, minerals and fibre. We require 30g of fibre per day and, if we don’t consume enough, our digestive health suffers, leading to constipation. The lack of fibre-rich foods in the ketogenic diet—such as baked potatoes and apples—may result in constipation, another reported symptom of the “keto flu”.

Removing such foods from the diet also limits vitamins and minerals, which play a role in all aspects of cellular function—particularly immune function. Sugary fruits that are high in vitamin C (such as oranges) are avoided in the ketogenic diet. Low levels of vitamin C might also cause increased risk of infections, such as the common cold.

Ketogenic diets are sometimes clinically recommended for managing some medical conditions, such as epilepsy. It’s thought that maintaining a constant low blood glucose level and the production of ketones will maintain the central nervous system through numerous molecular mechanisms, reducing seizures.

But for most people the side effects of such diets aren’t worth the potential benefits. Such diets are often unsustainable if religiously adhering to low or no carbohydrate intake because of the short and long-term sugar cravings.