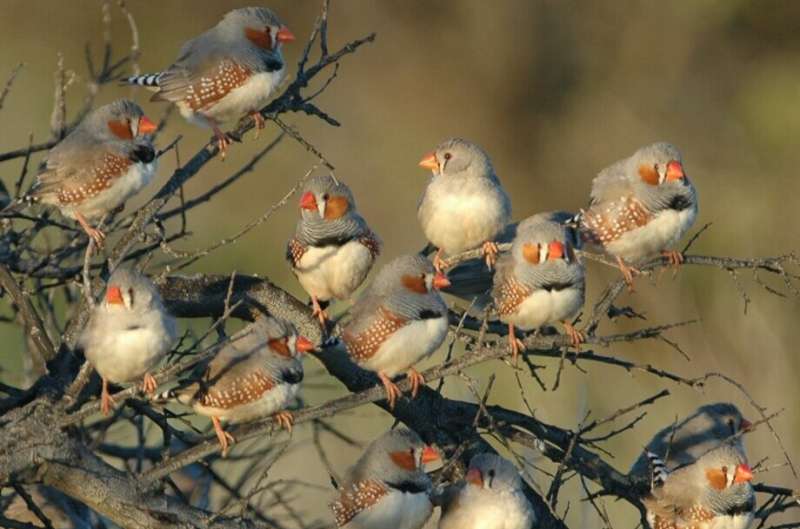 Researchers at University of Illinois and City University of New York have recently carried out a study investigating the effects of early acoustic experiences on gene activation in songbirds. Their paper, published in Elsevier’s journal Neuroscience Letters, shows that the early exposure to salient acoustic cues can significantly influence the development of social behaviors in songbirds.

“As a behavioral ecologist studying nestlings in bird nests, I have always known that baby birds respond to sounds in their environment, whether it be the rustling of leaves or the parents calling out to them,” Mark Erno Hauber, one of the researchers who carried out the study, told Medical Xpress. “Yet, when I became a neuroscientist, I was surprised to find that avian neurobiologists considered the nestling bird an auditory tabula rasa—without the ability to fully hear and process acoustic stimuli.”

The lead authors of the recent paper are Ph.D. students Nick Antonson from University of Illinois and Moises Rivera from City University of New York. In collaboration with Hauber and other biology researchers, these researchers have been investigating both nesting and embryonic hearing in birds for over 20 years. Their studies focused on a variety of species, ranging from cowbirds to fairy-wrens and zebra finches.

“The current study came about because recently, we discovered that the auditory forebrain in zebra finch embryos inside the egg is activated to conspecific song playbacks over silence,” Hauber said. “We preserved the study’s specimens, and for the current study, we assessed whether epigenetic markers were also detectably altered by different playbacks of con- vs. heterospecific songs (and silence). Interestingly, we found less genome-wide methylation in response to zebra finch songs than to heterospecific songs.” 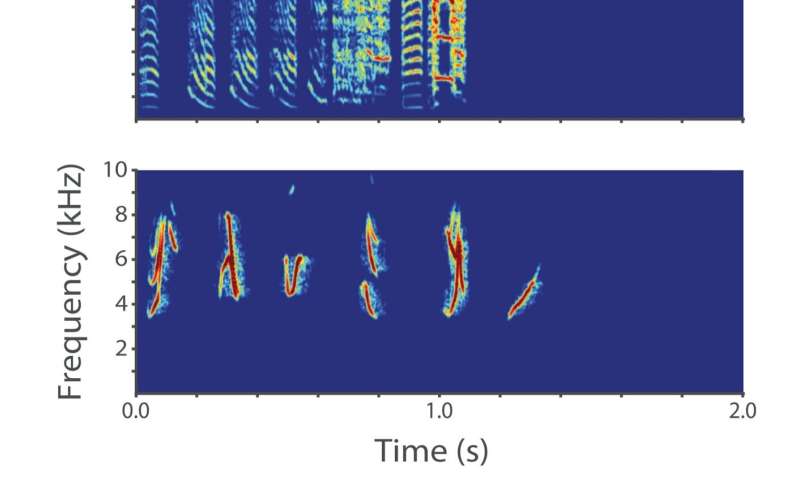 In their recent study, Hauber and his colleagues took zebra finch eggs from a breeding colony and placed them into an artificial incubator. Subsequently, they exposed the birds to birdsongs produced by different species for 30 minutes a day, for a total of 5 days. These songs could either be conspecific (i.e., emitted by zebra finch) or heterospecific (i.e., emitted by Bengalese finch, pin-tailed whydah or simply silence).

Before the eggs hatched, the researchers collected brain tissue from the birds and examined it to determine whether there was a different level of genome-wide methylation in the birds’ auditory forebrain. To examine the tissue, they used an enzyme-based assay, a laboratory method to measure enzymatic activity that was originally developed for mammals, but was later validated on birds.

“Our study shows that bird embryos can hear, too—we already knew that about human fetuses,” Hauber said. “They listen, and their auditory experiences change their gene-expression patterns, which may alter their development and social/acoustic preferences later in life.”

Hauber and his colleagues gathered valuable new evidence suggesting that methylation in the auditory forebrain of songbird embryos is mediated by early acoustic experiences. Their work could have important implications for the understanding of how the social behaviors of songbirds are shaped by early exposure to acoustic stimuli.