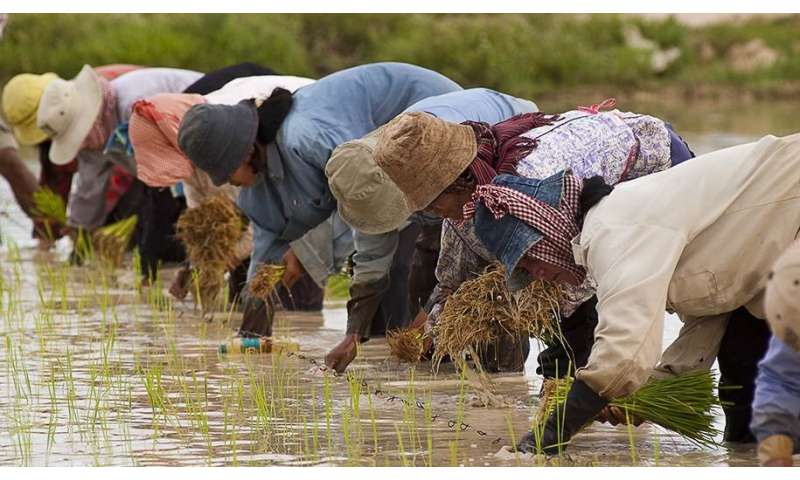 While Cambodia has been less affected by the health impacts of COVID-19, there are fears that smallholder farms will be hit hard during the wet season that runs from June to September as the fallout from restrictions and lockdown measures takes hold.

Agriculture is vital for the Cambodian economy as it employs about 3 million workers, with the rice sector employing a significant majority being the country’s main crop and the most important export commodity, according to the World Bank.

Alexandre Huynh, Food and Agriculture Organization (FAO) representative in Cambodia, tells SciDev.Net that movement restrictions because of COVID-19 and limited transportation add to the problems that may affect the production of crops for both personal consumption and for sale. “Agricultural inputs such as seeds, fish fingerlings and breeding chickens are not adequate for the next season.”

Possible water shortages, despite the wet season, is another issue that farmers may have to contend with. “Water scarcity in different areas may compound the difficult situation for rice farmers,” says Rica Joy Flor, innovation systems scientist at the International Rice Research Institute (IRRI).

Huynh says, “Taking microloans as a coping strategy to meet household needs and consumption, especially by the poor, can be foreseen.” She adds that this, however, could lead farming households into debt traps.

“There are many households that are just above the poverty line,” Flor says. “What this means is that many of them are in precarious situations, where a shock such as delayed payment, drought-damaged crop, illness in the household or lack of credit would have significant impacts on the households or their farms.”

For its part, the government has offered debt relief or compromise loans with micro-finance institutions as part of interventions to support farmers and boost food production in response to the COVID-19 situation, says Srey Vuthy, secretary-general and spokesperson for the agricultural ministry.

Cambodia and the IRRI have signed a work plan to strengthen the rice value chain and promote the modernisation of the agriculture sector. Though drawn up before the pandemic, the plan has various entry points to factor in COVID-19-related concerns that “address different constraints as well as broader issues in the rice sector,” says Flor.

Meanwhile, the non-profit Voluntary Service Overseas (VSO) is collaborating with farmers to maintain production of high-quality rice that is produced using ecologically sustainable farming techniques and exported to Europe, Hong Kong, Taiwan and the US, says Ponhrith Kan, the agency’s program development and partnership advisor for livelihoods in Cambodia.