Coronavirus: Why the Nordics are our best bet for comparing strategies 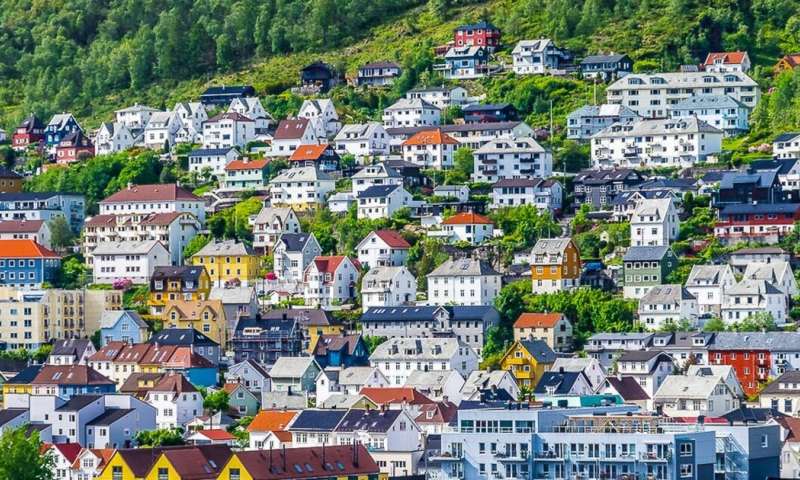 Daily updated graphs illustrating the rising COVID-19 death rates in different countries raise hopes that we can understand the impact of the virus and work out how to stop it from spreading further. But when comparing countries as different as South Korea, China, Italy and the UK, we may find the impression of how different interventions work is obscured by many other factors.

These countries differ in many important ways, including demographics, civil disobedience, population density, patterns of social interactions, air quality and genetics. Italy, for example, has regions with older populations than many other countries. And European societies are unlikely to ever accept the draconian interventions used in China and South Korea.

From a scientific perspective, and in the absence of better models, the Nordic countries of Sweden, Denmark, Norway and Finland—which are culturally, economically, politically and geographically similar—may, serendipitously, represent a powerful intervention trial.

Currently, 15 million people here have been assigned to a lockdown, while a further 10 million have been asked to simply act responsibly. While it is too early to have definite answers about what works best, interesting insights can already be gleaned.

The Swedish approach to COVID-19 could not be more different from its neighbors, placing much of the responsibility for delaying the spread of the virus and protecting the vulnerable in the hands of the public. It’s now April and, albeit with some restrictions, Swedish bars, restaurants and schools remain open.

Under the blue skies and blazing sun Sweden has enjoyed lately, people have flocked to parks and beaches, bars and cafes. Nevertheless, Sweden has a high number of people living in single households, and citizens are generally respectful of public health advice and guidelines.

This all contrasts the far more assertive physical restrictions imposed in the culturally similar neighboring countries. Across the borders in Denmark, Norway and Finland, schools closed weeks ago and movement has been severely restricted.

A report just out from the group leading the UK government’s COVID-19 simulations estimates the spread of the virus within 11 European nations. An important metric in this setting is the reproduction number: how many people someone with COVID-19 in turn infects. A number that is larger than one indicates that the epidemic is in its growth phase, whereas a number of one or less indicates the epidemic is fading.

As of March 28, the reproduction numbers for Sweden and Norway are estimated to be 2.47 and 0.97 respectively, with Denmark’s around one. Unsurprisingly, the spread of the virus is also estimated to be among the highest in Sweden (3.1% of the population infected) and lowest in Norway (0.41% of the population), likely reflecting the radically different containment strategies. This compares with 9.8% and 2.5% for Italy and the UK, respectively.

Indeed, one Swedish academic has predicted that up to half the Swedish population will be infected by the end of April. Although it is probably too soon to see a clear effect of interventions on mortality rates, by April 1, COVID-19 deaths in Sweden accounted for 24 per million citizens, whereas in Norway it was only eight deaths per million. Finland was lower still with just three per million. 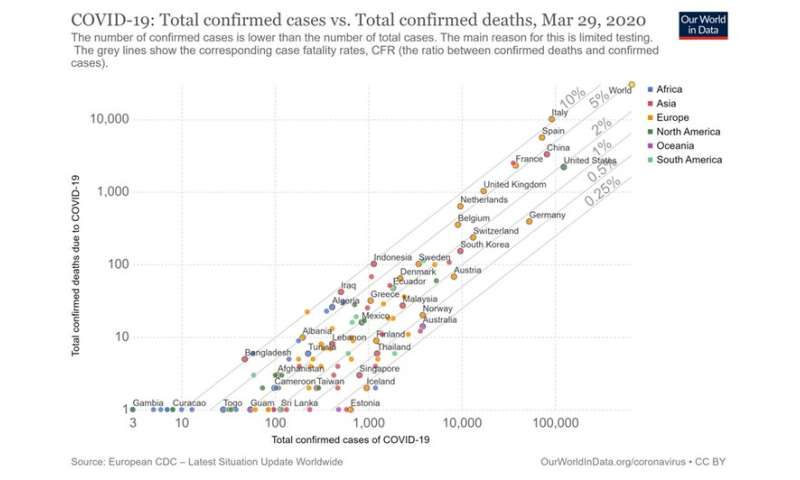 The virus transmission rate is important, as the faster it spreads, the more condensed the burden of mortality will be and the higher the peak burden hospitals will be forced to endure. The core objective of epidemic suppression is to minimize the number of daily hospital admissions in order to maintain a functioning health care system, even if the total deaths is eventually the same.

When the burden substantially exceeds capacity, hospitals collapse, casting staff and patients into the medical dark ages. So staying within capacity is paramount. In preparation, each of the Nordic countries have conducted detailed simulations to estimate the extent to which the hospitals will need to “surge.”

Those simulations show that the overall burden is expected to be similar across countries, resulting in about 528 to 544 deaths per million. Importantly though, unlike its peers, Sweden is likely to take the hit sooner and over a shorter period, with the majority of deaths occurring within weeks, rather than months.

That’s despite the fact that Sweden has the lowest number of ICU beds per 100,000 people (5.8), with Denmark (6.7), Finland (6.1) and Norway (8.0) all being better prepared. They all, however, lag far behind Germany at more than 29 beds per 100,000 people, being more similar to the UK’s 6.6. And concerns are being expressed in Sweden about inadequate protective equipment for frontline medical staff.

In the event that Sweden has pitched it right, the other Nordic countries will find the strain on hospitals is well within capacity. But, if the opposite is true, health care professionals in Sweden will face the fight of their lives.

This may make it sound like an intensive strategy is crucial. But there are strong counter arguments. As those living through a lockdown will attest, the psychological burden can be considerable—there’s a reason the incarcerated are sent to “solitary” for harsher punishment.

Consider too that the effects of intensive restrictions on freedom of movement wanes over time as social disobedience increases. Deploying milder containment strategies, as Sweden has done, which are followed by nearly all, may be more effective than strict interventions that are frequently flouted. Here, it will be interesting to see how Sweden compares to the other Nordic countries, which may have been able to achieve high levels of compliance with voluntary social distancing.

There’s also the perpetual danger of epidemic resurgence where herd immunity—whereby enough people have been infected to prevent the virus from spreading further—has not been achieved. Sweden is likely to reach herd immunity faster, so it’s not impossible that it will see fewer additional outbreaks of the virus than its neighbors. And there are numerous economic arguments too.

There is no knowing at this stage how the interventions adopted by Sweden and the other Nordic nations will play out. But within weeks, this will start to become clear. From this, we will learn much about the delicate balance between strategic under- and overreaction in the face of an infectious disease pandemic.