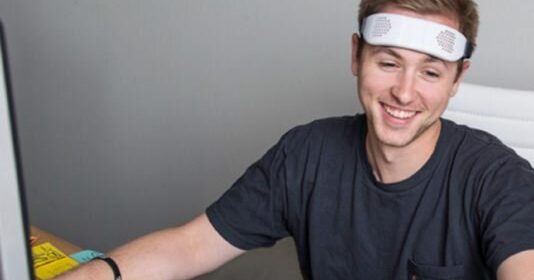 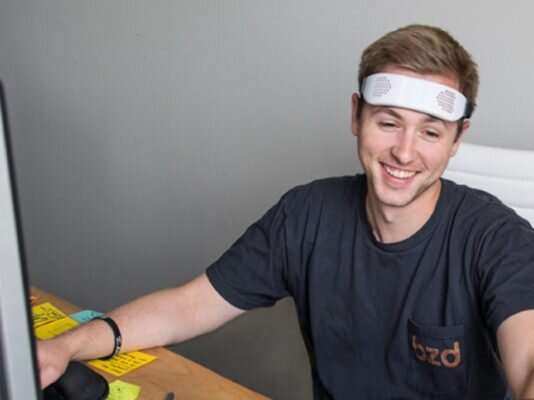 Imagine having a migraine and reaching for an ice pack for relief. Sure, the cooling numbs the pain for a while—but 20 minutes later the relief ends as the ice pack reaches room temperature. But now the tedious process of returning the pack to the freezer and waiting for it to re-freeze—while the pain returns—has an alternative solution: Prolivio. It’s an ice pack whose temperature can be controlled and customized to meet exact needs.

Prolivio is a migraine-relief cooling headband designed to reduce the longevity and severity of headaches. A “digital icepack” of sorts, the simple device provides a customizable level of cooling per customer preference through its adjustable temperature and time settings. Not only does Prolivio provide better relief, it enables cooling to happen on-the-go.

Plus, the device is connected to an app that collects data, allowing its users to better understand how often they experience migraines and the effect of contributing influences. By collecting data on the user’s migraines, Prolivio works to not only provide immediate relief through its cooling tech, it aids the management of migraines in the long run.

The company was founded by Benjamin Zombek and Robert Juncosa in 2019 and now operates with a small team preparing for commercial launch. Zombek, the industrial designer of the team, is no stranger to migraines, so the issue hits close to home for him. “As a kid, my mother suffered horrible migraines,” he explains. “She experienced awful side effects and was often non-functioning due to heavy medication.” The personal impact of migraines does not stop there: Zombek’s wife and daughter experience them as well.

The fact that three significant people in Zombek’s life all experience migraines is not as unusual as it may seem. The condition is a lot more prevalent than meets the eye. The Migraine Research Foundation reports that nearly one in four U.S. households include someone with migraine and that 12 percent of the population—including children—suffers from migraine. According to Zombek, one billion people suffer from migraines worldwide.

Not only does this chronic condition create huge out-of-pocket medical costs for sufferers but it also results in a loss of income due to time lost at work. According to industry statistics provided by Zombek, the annual economic loss resulting from time lost at work due to migraines in the United States alone is $31 billion, and 157 million people miss work hours each year.

So prevalent is the condition that a “migraine industry” has developed, with sufferers spending $41 billion to treat their range of symptoms—not just headache, but nausea, light sensitivity and more. Prolivio plans to enter this industry with a product that can provide immediate relief as sufferers continue to wait for a cure.

Estimated to be 14 to 16 months from its product launch, the Prolivio team is working to build beta units of its product, conduct market research through customer discovery, pitch in business plan competitions, and build relationships with strategic partners.

In addition to their preparatory work at the Prolivio headquarters, Zombek and the team have been working with the College of Law’s Innovation Law Center (ILC) to understand the product’s intellectual property landscape, the application of various regulations, and how to optimize the product’s path to market.

Specifically, Zombek and the ILC students are compiling research to help solidify the parameters of the Prolivio patent protection strategy, as well as what obstacles there may be to market entry and whether the company can anticipate any freedom to operate issues. “So far, the students have given us reassurance that there are no red flags and that the patent looks very strong,” Zombek reports. “Those are two huge wins in taking the product to market, so working with the ILC has been great.”

Looking forward, Zombek hopes to launch Prolivio in mid-2021. The company will spend the upcoming months going through the final rounds of engineering and prototyping to build and scale the product, in addition to securing funding and partners to launch.