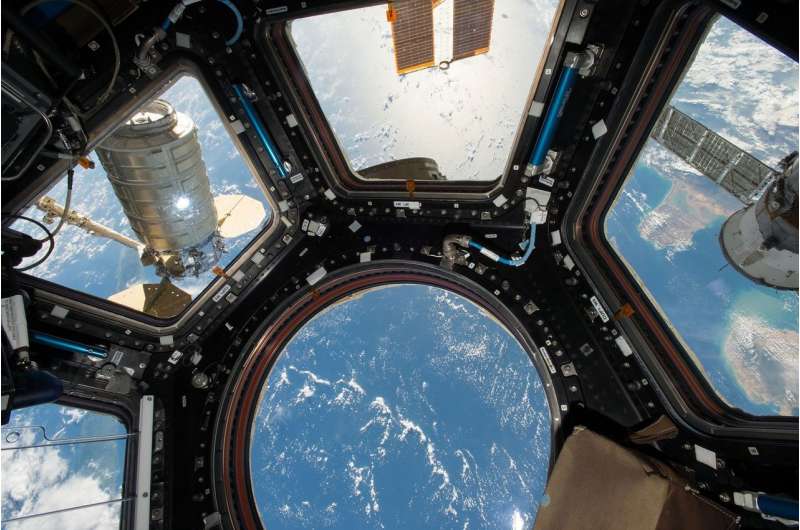 Spending a long time in space appears to cause brain damage. This is shown by a study of five Russian cosmonauts who had stayed on the International Space Station (ISS). Researchers at the University of Gothenburg are among those now presenting the results.

The study is published in the scientific journal JAMA Neurology. Its co-authors at the University, scientists from the Institute of Neuroscience and Physiology at Sahlgrenska Academy, wrote it jointly with colleagues in Moscow and Munich.

The adverse effects on the body of long periods in space have been known for some time. The negative changes include atrophic muscles, decreasing bone mass, deteriorating vision and altered bacterial flora in the gut.

Blood samples were taken from the cosmonauts 20 days before their departure to the ISS. On average, they then stayed in space for 169 days (approximately five and a half months). The participants’ mean age was 49.

After their return to Earth, follow-up blood samples were taken on three occasions: one day, one week, and about three weeks respectively after landing. Five biomarkers for brain damage were analyzed. They were neurofilament light (NFL), glial fibrillary acidic protein (GFAP), total tau (T-tau), and two amyloid beta proteins.

For three of the biomarkers—NFL, GFAP and the amyloid beta protein Aβ40—the concentrations were significantly elevated after the space sojourn. The peak readings did not occur simultaneously after the men’s return to Earth, but their biomarker trends nonetheless broadly tallied over time.

“This is the first time that concrete proof of brain-cell damage has been documented in blood tests following space flights. This must be explored further and prevented if space travel is to become more common in the future,” says Henrik Zetterberg, professor of neuroscience and one of the study’s two senior coauthors.

“To get there, we must help one another to find out why the damage arises. Is it being weightless, changes in brain fluid, or stressors associated with launch and landing, or is it caused by something else? Here, loads of exciting experimental studies on humans can be done on Earth,” he continues.

The notion that the changes concerned may have a bearing on brain function is substantiated by changes also seen in magnetic resonance imaging (MRI) of the brain after space travel. Further support is provided by clinical tests of the men’s brain function that show deviations linked to their assignments in space. However, the present study was too small to investigate these associations in detail.

Zetterberg and his coauthors at the University, scientist Nicholas Ashton and Professor Kaj Blennow, are currently discussing follow-up studies with their other fellow researchers involved in the study, and also with national and international space research institutes.