An ode to mac and cheese, the poster child for processed food 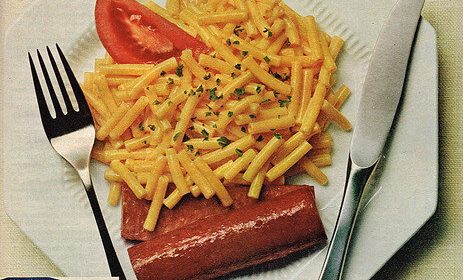 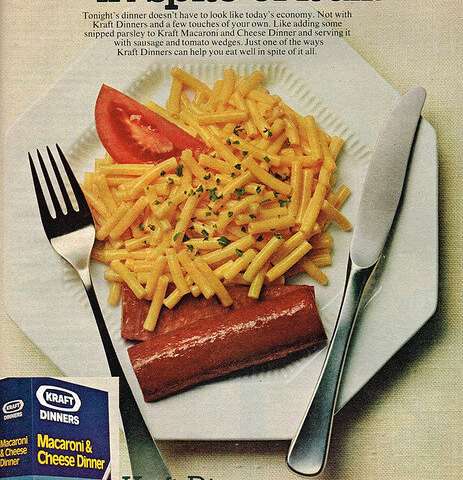 In January 2015, food sales at restaurants overtook those at grocery stores for the first time. Most thought this marked a permanent shift in the American meal.

Thanks to the coronavirus pandemic, that trend took a U-turn. Restaurant revenue cratered, while shoppers emptied grocery shelves stocking up on food to cook at home. And with sales of pantry items soaring, shoppers found themselves reaching for an old reliable.

In April, sales of Kraft macaroni and cheese were up 27% from the same time last year. General Mills, the maker of Annie’s mac and cheese, has seen a similar bump.

The cheap, boxed meal has long been a poster child for processed food. While it’s often dismissed as stuff for kids, a lot of grownups secretly savor it. As I tell my own students, we love to bad mouth processed foods—usually while our mouths are full of it. It’s also played an important role in kitchen science, wars and women’s liberation.

People have eaten pasta and cheese together for hundreds of years. Clifford Wright, the doyen of Mediterranean food history, says the first written recipe for macaroni and cheese was created in the court of the king of Naples in the 13th century, while the first reference in an English language cookbook likely appeared in Elizabeth Raffald’s 1769 book “The Experienced English Housekeeper.”

An internet search for macaroni and cheese recipes will turn up over 5 million hits, but many still prefer to get theirs in a box—the kind with pasta that comes in shapes ranging from shells to Pokemon characters, accompanied by a packet of powdered cheese sauce.

Boxed macaroni and cheese was one outcome of the quest for ways to keep cheese longer. Some cheese gets better as it ages—a well-aged cheddar is one of life’s delights—but once most cheeses hit their prime, they tend to quickly go bad. Before household refrigeration became common, many retailers wouldn’t even stock cheese in the summer because it spoiled so quickly.

Credit for inventing processed cheese should go to a pair of Swiss food chemists named Walter Gerber and Fritz Stettler who, in 1913, were looking for a way to improve the shelf life of Emmenthaler cheese using sodium citrate. When they heated up the treated cheese, they noticed it melted better as well. But Chicago cheese salesman James L. Kraft was awarded the first patent for processed cheese in 1916.

Kraft understood the spoilage problem and had tried various solutions to it. He tried putting it tin foil packages, sealing it in jars, even canning it. But none of these solutions caught on with the public.

He eventually realized that the same bacteria that made cheese age nicely was also the bacteria that ultimately caused it to go bad. So he took some cheddar cheese scraps, heated them to kill the bacteria, ground them up with some sodium phosphate as an emulsifier and voila – Kraft processed cheese was born.

These early processed cheeses were similar to the processed American cheese slices we see in the stores today, though wrapping slices individually didn’t happen for another 40 years. Kraft’s first big customer was the U.S. Army, which bought more than 6 million pounds of the stuff to feed soldiers in World War I. A number of variations appeared in the following years, including Velveeta and Cheez Whiz.

The product was a hit, but Kraft wanted to find more ways to sell processed cheese, and eventually came up with the idea to make a powdered base. The packet in the box of macaroni and cheese is essentially a cheese sauce that has been partially defatted and dehydrated. When you make it, you’re adding back the fat and the liquid when you mix in the milk and butter.

In 1937, Kraft debuted its boxed macaroni and cheese, which it sold for 19 cents and contained four servings. Its slogan was “make a meal for four in nine minutes,” and the product got a big lift with American consumers during World War II because you could get two boxes and spend only one ration point. With meat hard to come by, the cheap main dish substitute was a hit.

When natural was nasty

Today, food that’s simple, pure and natural is all the craze, while disdain for processed foods is practically a credo among sophisticated consumers.

But when Kraft’s different forms of processed cheese came out, they found widespread acceptance despite their strange textures. The fact that it wasn’t natural didn’t seem to bother consumers at all. In fact, as international food historian Rachel Laudan has noted, back then, “natural was something quite nasty.” She describes fresh milk as warm and “unmistakably a bodily secretion.” Throughout the history of cookery, most recipes aimed to transform an unappetizing raw product into something delightful and delectable.

So for most consumers, processed foods were a godsend. They kept well, tended to be easily digestible and, most importantly, they tasted good. Many of them could be easily prepared, freeing women from spending entire days cooking and giving them more time to pursue professions and avocations.

In some ways, processed foods were also healthier. They could be fortified with vitamins and minerals, and, in an era before everyone had access to mechanical refrigeration, the fact that they kept well meant consumers were less likely to contract diseases from spoiled, rotten foods. Pasteurization of dairy products virtually eliminated diseases like undulant fever, while foods processed and canned in large factories were less likely to harbor food-borne illnesses that could crop up due to faulty or improperly sanitized equipment used by home canners.

Given today’s marketing emphasis on the fresh, local and natural, one might think that processed foods are going the way of the dinosaur. But this isn’t the case. Almost all the processed foods invented in the 20th century are still being produced in one form or another. While you may not see much Tang on American shelves, it’s hugely popular in the Middle East and Central and South America.