All cells are important: A roadmap to characterize lymphoma stroma 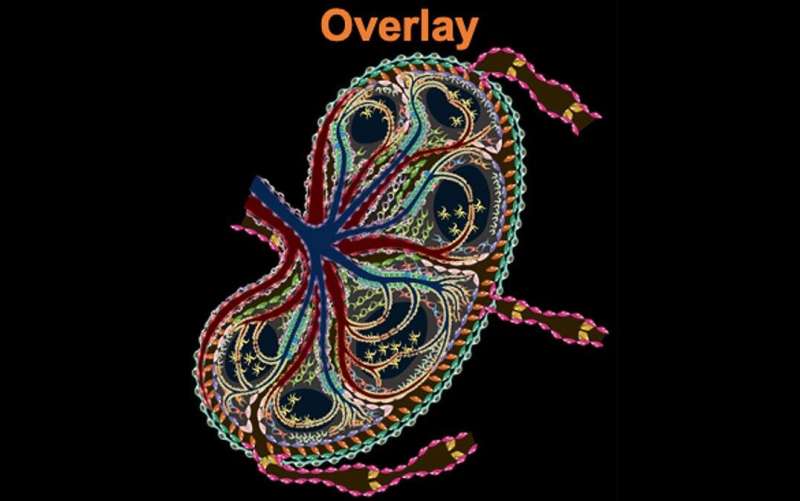 Lymphomas are blood cancers that often start from lymph nodes. Lymph nodes contain not only hematopoietic cells, mainly B- and T-lymphoid cells, but also non-hematopoietic cells (NHCs), also called stromal cells. We know from previous research that NHCs have an active role in the development of lymphomas. However, it is still not clear how they promote the expansion and proliferation of lymphomas. Despite advancement in therapeutic options, most lymphomas remain uncurable.

In a paper published in Nature Cell Biology in March 2022, researchers from the University of Tsukuba constructed an atlas of more than 100,000 NHCs collected from 27 human samples, encompassing different types of lymphomas such as follicular lymphomas. The research team used single-cell RNA sequencing to profile the gene expression of the hundreds of thousands of NHCs. On the basis of this expression, the researchers divided them into different subgroups, called clusters, and discovered a significant heterogeneity of these cells. The researchers observed that this heterogeneity was detectable also in aggressive lymphomas, meaning that some of these subgroups could be involved in the progression of the tumor. They identified several subgroups of NHCs, including some that were previously unrecognized—for example, specific types of endothelial cells.

“Once the atlas was developed, we performed differential gene expression analysis between subgroups in different types of lymph nodes affected by lymphoma,” explains Professor Mamiko Sakata-Yanagimoto, lead author of the study, “and interestingly we found subcluster-specific transcriptional changes and a specific pattern of interaction with malignant cells in the stroma of follicular lymphomas.” Follicular lymphomas are one of the most common types of lymphoma. Therefore, having a gene expression signature and a prediction of how NHCs can interact with malignant cells may be very useful to keep the tumor development under control, as they suggest potential biomarkers for therapeutic approaches.

Another important finding of the study suggested that human lymph nodes have unique NHC subpopulations that have not been previously detected in mouse lymph nodes. This highlights the importance of carrying out more human studies in the future.