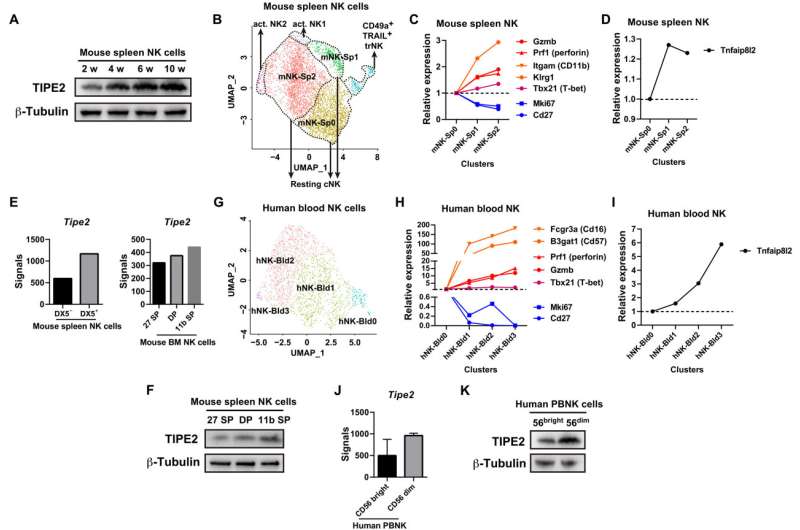 Currently, immunotherapy is revolutionizing tumor therapy. However, most patients can’t benefit from available immunotherapy strategies due to limited efficacy and safety, especially those with solid tumors.

Their study was published in Science Advances on Sept. 15.

Based on these studies, they searched for checkpoint molecules during NK cell maturation, the process during which NK cells acquired optimal functions.