Ivermectin slows spread of river blindness in Nigeria; could interrupt West Nile transmission in US 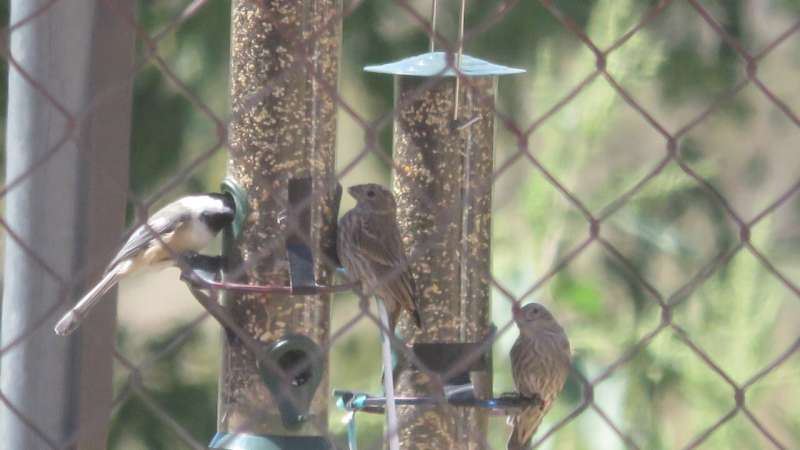 New data indicate that mass treatment with ivermectin—a drug that was a workhorse of tropical medicine long before it emerged as a controversial COVID-19 treatment—has eliminated river blindness transmission in two states in Nigeria, the first Nigerian states to achieve this distinction in a country that has the world’s highest burden of the disease.

The findings, presented today at the annual meeting of the American Society of Tropical Medicine and Hygiene (ASTMH) by researchers from The Carter Center and Nigeria’s federal and state ministries of health, represent a major milestone in a decades-long effort to eliminate a leading cause of preventable blindness. River blindness, also known as onchocerciasis, is caused by tiny parasitic worms transmitted by infective bites from blackflies that breed in rapidly flowing rivers. In humans, the worm’s embryonic larvae routinely produce eye lesions that eventually can lead to blindness. River blindness is found widely in Africa, and there are isolated pockets of disease in Brazil, Venezuela and Yemen.

“Nigeria is where the fight to eliminate river blindness will be won or lost, which is why we are excited to have evidence indicating that the Plateau and Nasarawa states, with a combined population of more than five million people, appear to be the first in the country to have stopped disease transmission,” said Dr. Abel Eigege, a Program Director for The Carter Center in Nigeria. “It’s taken 25 years of hard work by community volunteers to distribute the medicine, and particularly strong commitments from Nigeria’s Federal Ministry of Health, Merck’s ongoing donation of ivermectin, and many donors and partners. But we are hoping this success can accelerate elimination efforts elsewhere in Nigeria and throughout Africa.”

In a separate presentation, The Carter Center’s Dr. Emmanuel Emukah reported that there is also evidence that disease transmission has been “interrupted” in Nigeria’s Delta State. Interruption is a critical first step towards achieving elimination since it allows ivermectin treatments to be stopped and post-treatment surveillance to be launched before elimination is declared. He also presented evidence indicating that four other Nigerian states may soon reach the interruption stage.

While the US Food and Drug Administration warns against using ivermectin for treating COVID-19, in 1998 it found that ivermectin was safe and effective in humans for treating river blindness and a human intestinal infection known as strongyloidiasis, caused by parasitic worms. River blindness elimination efforts have focused on mass drug administration (MDA) campaigns in which a single dose of ivermectin—and in a form approved for use in humans—is given repeatedly, once or twice a year, to the entire treatment eligible populations of villages in areas where river blindness is transmitted. The global campaign was catalyzed in part by the Mectizan Donation Program that was launched in 1987. Eigege said one reason the campaigns have been embraced by people in local communities is that ivermectin has additional benefits in treating other afflictions they routinely suffer, including intestinal worms, scabies and lice.

Dr. Frank Richards, who spent 22 years leading The Carter Center’s River Blindness Elimination Program and now serves as a senior advisor, said it’s been frustrating during the pandemic to see ivermectin—a drug that has great value for treating neglected tropical diseases—be reframed as a dangerous drug for humans and one that only should be used for treating worms in livestock and pets.

“It is extremely important for the public to recognize that there are formulations of ivermectin approved by the FDA for treating specific conditions—like river blindness—in humans that are incredibly safe when given at recommended doses,” Richards said. “Ivermectin is of enormous proven value for a number of neglected tropical diseases that are a significant burden for millions of people. Before ivermectin arrived, we really had nothing to safely treat river blindness. Look at where we are now. Ivermectin has eliminated river blindness from four countries in the Americas, and, in these ASTMH reports from Nigeria, it is showing that it can do so in Africa as well.”

Richards added that such impact is one of the reasons why the developers of ivermectin won the 2015 Nobel Prize in Medicine. 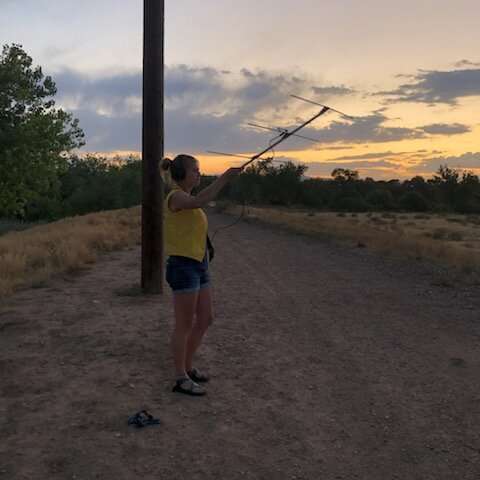 Meanwhile, in a separate presentation at the ASTMH Annual Meeting, researchers at the University of California, Davis and Colorado State University presented evidence that adding ivermectin to backyard bird feeders has a potential to reduce local transmission of West Nile Virus (WNV) in the U.S.

WNV is transmitted to humans by mosquitoes. But birds serve as key amplifiers of the virus in nature, keeping it circulating in local mosquito populations and maintaining its threat as the most common mosquito-borne pathogen in the U.S.

“We found that widespread use of ivermectin in backyard birdfeeders could reduce neighborhood transmission of West Nile Virus by about 60%,” said lead author Dr. Karen Holcomb, a recent Ph.D. graduate from the Chris Barker lab at UC Davis School of Veterinary Medicine. “That’s because a low dose of ivermectin is harmless for birds, but it gets in their blood and can be lethal for mosquitoes that feed on them.”

Holcomb said the approach could help prevent or control local outbreaks like the one that led to more than 800 confirmed and probable cases in Arizona earlier this year and killed 67 people. The disease often causes thousands of infections each year and even people who have few symptoms from WNV can experience long-term neurological problems. There are no drugs to cure an infection or vaccines for humans to prevent the disease, which emerged in the U.S. in 1999 and is now found in every state except Alaska and Hawaii.

Holcomb and her colleagues initially used backyard chickens to test whether mixing ivermectin into birdfeed could have a large enough impact on mosquito populations to affect WNV transmission. They found evidence of increased mortality in mosquito populations that fed on the treated chickens and a reduction in WNV infections in chickens that ate the ivermectin bird feed compared with those that did not. Based on the positive results from this work, they then moved to evaluate its potential impact with wild birds that are regular visitors to backyard birdfeeders.

Holcomb and Barker collaborated with Dr. Brian Foy, Ph.D., an expert in both WNV and ivermectin at Colorado State, to identify bird species that meet four key criteria: They make frequent trips to birdfeeders; they roost at night in areas near birdfeeders; they are bitten frequently by WNV vector mosquitoes; and they are present in large numbers in suburban neighborhoods across the U.S. By tagging birds and using cameras to monitor feeders as well as locating birds at night with radio telemetry, they determined that offering a wide range of common backyard bird feed blended with ivermectin could produce a sharp drop in local West Nile Virus infections if efficacy and spatial coverage are high enough.

Foy, who also is exploring ivermectin’s potential to reduce malaria transmission, said misguided interest in using ivermectin for COVID-19 could divert supplies needed for proven uses, like fighting river blindness, or for developing novel applications, like fighting malaria and WNV. He said he already has experienced difficulty finding enough ivermectin for his work—and what he is finding seems to be of lesser quality.

“I understand that at the beginning of the pandemic, when we had nothing, it was valid to at least consider a drug like ivermectin because there was some evidence of general anti-viral properties,” he said. “But we have vaccines and a growing number of proven treatments, yet the demand for ivermectin, which has no demonstrated benefit so far to treat COVID-19, seems to be growing.”